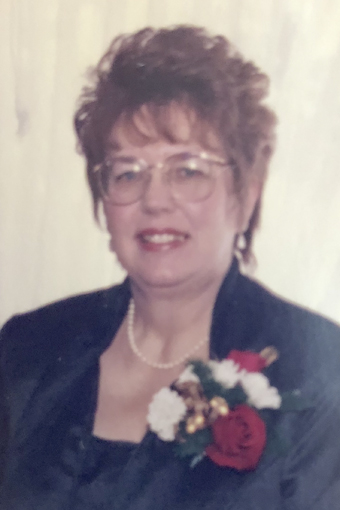 It is with sadness that the family announces the passing of Janet K.A. Young on March 21, 2020, at LaVerendrye Hospital, Fort Frances, Ontario. She was born December 9, 1939, in Emo, Ontario.
Janet grew up in the rural area of Emo. She was the youngest of four children growing up in a loving Christian home. She was born at a time when the depression was coming to an end, but war was looming. She often joked that although not planned for (her father had gone blind only a short time before she was born), she was a child who was welcomed and who brought a lot of joy to her parents and older siblings. It was Janet’s intention to become a nurse for her vocation, but when she met a tall dark man who had travelled to Emo all the way from Newfoundland, she fell in love and changed her career. Becoming a teacher was a path that she could attain directly out of high school in a 6-week course, allowing her to be a wife and an educator. She was united in marriage to Roy B. Young, the love of her life, June 25, 1958, and they celebrated their 61st anniversary shortly before Roy’s passing in 2019.
Janet embraced her teaching career. She started at the age of 18 in 1958, in a one room schoolhouse with 8 grades. She often said that after the first day she was quitting and never going back. However, Roy, was able to convince her to give it another “shot” and she did. In 1994 after 36 years of teaching, Janet retired from the career she never intended to have.
During her time as a teacher, Janet was involved in various aspects of the vocation. She was part of teacher’s federation in various roles and was extremely rigorous in the music program in any school she taught at. Her greatest passions were preparing a variety of choirs for concerts, performances and the district festival. In addition to her teaching career, Janet was active in her church in many different capacities as well as becoming involved in several other organizations throughout the community. She sat for four years as a member of the Riverside Hospital Board, always advocating for the hospital in her hometown, as well as was an active member for palliative care in the district. Until 2019, when she moved to Fort Frances, Janet was also instrumental in organizing and implementing a church-based service in the Emo hospital, providing spiritual and social interactions for its residents.
Janet was known for her great sense of hospitality. The table at her home was always full of more than enough food for anyone who came by. Many staff parties were in Janet and Roy’s home and were always looked forward to. Janet’s philosophy was a full stomach made for happy people. There was always room for one more. Much of Janet’s enjoyment came from spending time with the family, dining out, relaxing on the patio, and traveling. She enjoyed sharing her talents with her daughters, and in later years her grandchildren became the apples of her eye. Sharing her love of cooking, puzzles and music with them were examples of Janet’s patience and love. She was a wonderful wife, mother, grandmother, sister, and aunt who found her greatest joy in her family.
Janet was predeceased by her husband Roy in July 2019; mother and father Maude and Bill Cooke; her mother and father-in-law Ettie and Gordon Jenkins; brother Berneth; sisters Leona Johnston (Bill), Darlene Draper (Sheldon); and grandson Timothy Jewell.
Janet is survived by her daughters Michelle (Gary) Somerfield and Jodi (Cory) Jewell; grandchildren Aidan and Peyton Somerfield; Emilie and Seth Jewell and Bailey (Ryan) and Jordin ( Lindsay) Jewell; sister-in-law Velma Cooke; sisters-in-law Patsy Jenkins, Sandra Luscombe (Tom), Josephine (Grayson) Jenkins, Peggy (Harold) Sceviour; as well as many nieces and nephews that are dearly loved.
Funeral services will be held on Thursday, September 24, 2020 at Northridge Funeral Home, Emo, Ontario at 1:00 p.m. with Interment in the Emo Cemetery directly following. Pastor Diane Clifford Officiating. In lieu of flowers, charitable memorial gifts may be made to the Cancer Society, the CNIB, the Emo Hospital, or a charity of your own choice, c/o Northridge Funeral Home, Box 89, Emo, ON P0W 1E0.