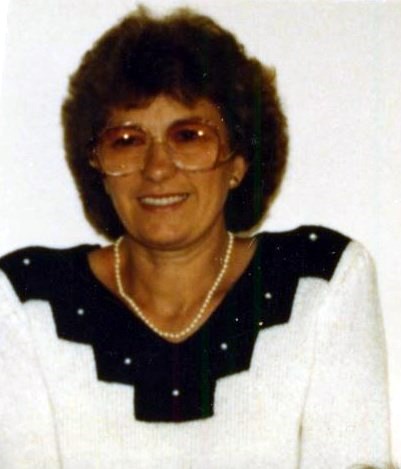 Jane Mary Snow, age 77 years, passed away with her family by her side on Friday, Aug. 23, 2019 at La Verendrye General Hospital in Fort Frances, Ont.
Jane was born Nov. 28, 1941 in Fort Frances, the youngest daughter of Joseph and Irene Unger. She enjoyed her early days playing with her older sister and younger brothers and loved playing tricks on them.
She graduated from Fort Frances High School and during that time, she asked Herb Snow to be her Sadie Hawkins date, a date that never ended.
On Sept. 5, 1959 they were married at St. Mary’s Church and together they raised two daughters. They loved to travel together, enjoying winter vecations in Puerto Rico and Florida. The two were inseparable.
As a young woman, Jane worked at Rijinol Jewelry Store, Garton’s and Brockie’s Jewellers in “Downtown Fort Frances.” She had a twinkle in her eye that diamonds could not match.
Jane taught us so many lessons about life, loyalty and dignity. She was a beautiful woman who loved decorating for all seasons.
She loved her cabin at the lake and Captain Sniggleweed (it’s a long story–the grandchildren will get it). She would have a blast driving around in their ’56 Dodge Royale along with the “Pink Panther,” listening to music and enjoying people.
Jane was a loving wife, mother and grandmother and most recently a GREAT grandmother and we will miss her dearly.
Jane is survived by her husband, Herbert; her daughters, Dana O’Donnell (Darren) and Rhonda Snow; her grandchildren, Whitney O’Donnell (fiancé Logan), Dr. Hailey O’Donnell, Justin Sanders (Melissa); great-grandson, Caleb Sanders; brothers, Ron Unger (Gwen) and Ed Unger; and brother-in-law, Jack Mattson.
She is also survived by her grandchildren, Dr. Angela McGinnis and Michael Shoemaker, and their families along with numerous nephews, nieces and cousins.
She was predeceased by her parents, Joseph and Irene, and her sister, Eva Marie Mattson.
A service to celebrate Jane’s life will be held on Friday, Aug. 30, 2019 at 11 a.m. at St. Mary’s Roman Catholic Church in Fort Frances with Father Alan Albao officiating.
A luncheon will follow immediately after the service.
Interment will take place at a later date.
An honour guard will be provided by the Catholic Women’s League.
If friends so desire in memoriam donations may be made to the Rainycrest Auxiliary, 550 Osborne Street, Fort Frances, Ontario, P9A 3T2.
Online condolences may be made in care of www.greenfuneralhomefortfrances.com.