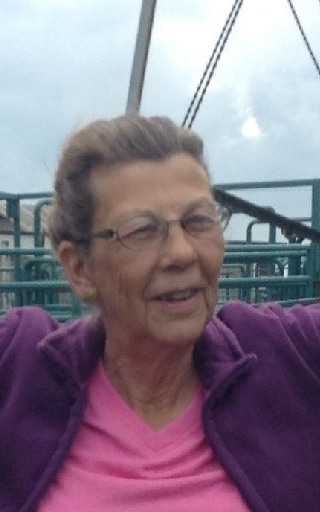 With great sadness the family announces the sudden passing of Isabel Watts, of Chapple Township, Ont., at her home on Wednesday, Jan. 10, 2018 at the age of 71.
Isabel was born on Oct. 9, 1946 in Emo, Ont. to Harold and Pansy Gibson.
She graduated from Grade 13 with high honours in 1964 from Fort Frances High School. She started her working career after graduation at Larrson’s Camp in Nestor Falls, Ont., where she worked until she was united in marriage to John Watts on July 14, 1967 at the Off Lake United Church.
She happily raised their five children and after John’s passing, she started working at Boise Cascade, where she remained for 20 years until her retirement in 2006.
Isabel was an active member of the Women’s Institute for more than 20 years.
During the summer months, she enjoyed spending time outside, gardening and picking wild berries. She loved making her famous wild strawberry jam and her homemade bread.
When she wasn’t outside, Isabel spent hours upon hours making beautiful quilts and hand quilting them.
Family was very important to her and she enjoyed spending time with all her family. She had a kind heart and always knew when someone was in need, even if it was just to talk.
Isabel will be lovingly remembered by her children, Penny van Drunen, Brian Watts, Kelly (Jason) McFayden, Sam Watts, and Rachel Watts; and grandchildren, Maxwell, Caleb, Cameron, Paige, Warren, and Matthew.
She also is survived by her siblings, Mary (Steve) Shandro, Robert (Marie) Gibson, James (Katherine) Gibson, and Douglas (Marlene) Gibson; sister-in-law, Donna (Dwight) Tank; and numerous nieces and nephews.
Isabel was predeceased by her husband, John; parents, Harold and Pansy Gibson; and brother, Bill Gibson.
A service of celebration and remembrance will be held on Thursday, Jan. 18, 2018 at 1 p.m. at the Northridge Funeral Home in Emo, Ont., with Rev Eileen Bragg officiating.
Interment will take place in the Barwick Cemetery at a later date.
The honourary pallbearers will be her grandchildren.
If desired, in memoriam donations may be made to the Emo and District Hospital Auxiliary c/o Northridge Funeral Home, P.O. Box 89, Emo, Ont., P0W 1E0.
Online condolences may be offered at www.northridgefuneralhome.com