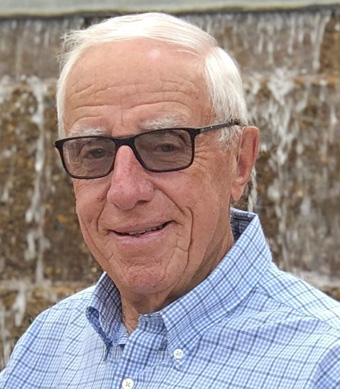 George Pratt was born on April 14, 1939 in Winnipeg, Manitoba to Charles and Marion (nee Oryniak) Pratt. He passed away unexpectedly and peacefully at the Rainy River Hospital with family by his side on Friday, November 6, 2020. He is survived by his wife Carol of 57 years; three sons Michael (Linda), Martyn (Yumi), Allen (Renee); nine grandchildren Jeremy, Josh, Tanner, Rebecca, Cameron, Noel, Leah, Brandan, Keenan; and five great-grandchildren.

He was the first born of four children; Glen, Roberta and Raymond and many nieces, nephews and cousins. He moved his family to Rainy River in 1972 and was best known as owner of Pratt’s Auto. George loved spending time at the cabin with family on Lake of the Woods. He and Carol spent 26 years wintering in Port Isabel, Texas surf fishing and motorcycling with a group of friends. He was active in The Masonic Lodge, Legion Branch 54 and in earlier years he was on the local Fire Department, Ambulance Service, Kinsmen Club, hockey and curling. He was currently a member of the Trinity Lutheran Church in Bergland and Community Choir of Rainy River.

As per George’s wishes, a private family gathering will take place at a later date. If desired memorial donations may be made in George’s memory by cheque to the Rainy River Hospital c/o Northridge Funeral Home, Box 89 Emo, Ontario P0W 1E