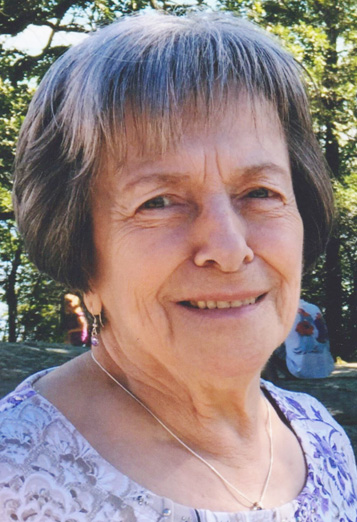 Eleonor Mary Turewich passed away peacefully at her home, Rainycrest Long-Term Care, on July 21, 2019.
Eleonor was born on April 22, 1939 to the late Anthony and Christina Magnan. She grew up in the east end of Fort Frances and received her elementary education at St. Mary’s School.
From the time she was a child, Eleonor knew she wanted to be a nurse. That goal was fulfilled after she completed the RPN (formerly RNA) course and began her nursing career at La Verendrye Hospital.
Later, she went on to work at Rainycrest Long-Term Care until an unfortunate injury forced her to retire at age 52. Eleonor was a very conscientious and compassionate nurse who provided her patients with exceptional care. She was respected among her colleagues and was asked on many occasions to mentor graduates new to the field.
On June 20, 1964, Eleonor married the love of her life, Paul, and together they shared almost 48 years. Eleonor always put the needs of her family first and valued her role as a wife and mother.
Everything she did was for the love and support of her husband and daughter, and later on, her one and only grandson, John Paul, whom she affectionately joked was “her favourite.”
Although she was never able to see John Paul compete in his cross-country ski races, she anxiously awaited to hear how he did and was the first to congratulate him.
She was his number one fan (and sponsor!) as Grandma made sure John Paul had the best equipment money could buy.
Eleonor looked forward to her road trip adventures. When she was single, she hit the road in her Volkswagen Beetle to drive “out west” to visit her brother’s family.
Later on, her and Paul would make frequent trips to Winnipeg for shopping excursions and to Calgary to visit Joanne’s family.
Eleonor liked the outdoors and enjoyed hunting, fishing and camping. Four decades worth of summers were spent at Parkview Campgrounds on Caliper Lake.
Eleonor’s talent for handiwork was exemplified in her counted cross-stitch pieces which can only be described as works of art.
Eleonor loved music, especially Elvis Presley, the performer of her teenage years. Being a faith-filled woman, she also sang along to many hymns, the Ave Maria being near and dear to her.
Eleonor was the eternal optimist and always looked for the positive side of things. While she experienced many health issues after her injury, she always said, “There are others worse off than me.”
After she lost her beloved Paul so suddenly and unexpectedly, Eleonor faced her new reality of having to move into long-term care with such admirable strength as she was determined to make the best of her new life at Rainycrest. Eleonor became the epitome of the saying, “Once a nurse, always a nurse,” as she filled her days providing companionship and assistance to other residents.
The staff joked with Eleonor, saying she should consider renewing her nurse’s license so they could get her back on the payroll.
Whenever she went to the hospital, she longed to return to her home to be with the staff whom she referred to as “my friends who love and care for me.”
Eleonor leaves her daughter, Joanne, son-in-law, Reid Cummings and their son, John Paul to cherish her memory.
She will also be fondly remembered by her brothers; Dan (Sylvia) Magnan, Albert Magnan and Jim (Marlene) Magnan; sister-in-law, Rose Bernardi; brother-in-law, Larry Turewich; and her nieces and nephews who held a special place in her heart. She will be especially missed by “my friend, Anne Marie” (Vanderaa).
Eleonor was predeceased by her husband, Paul Turewich; her parents Anthony and Christina Magnan; her father- and mother-in-law, Joseph and Jessie Turewich; her sister, Irma Bjornson; and brothers-in-law, Ron Bjornson and Albert Bernardi.
Cremation has taken place and a service will be held in the fall.
If desired, donations may be made to Rainycrest Auxiliary, Riverside Health Care Foundation or the Heart and Stroke Foundation in care of Green Funeral Home, Box 427, 600 Reid Avenue, Fort Frances, ON, P98A 3M8.
Online condolences may be made in care of www.greenfuneralhomefortfrances.com.