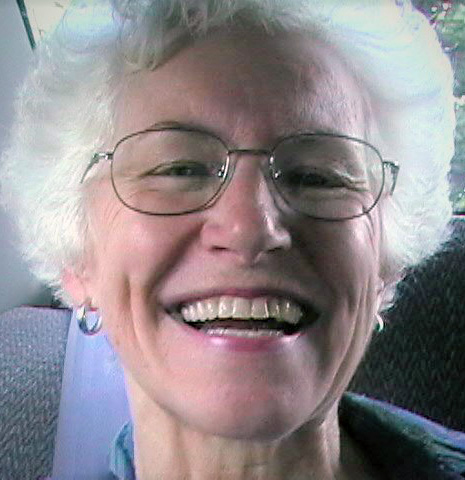 Elaine Agnes Frazer (nee Harland) passed away peacefully on Wednesday, Dec. 6, 2017 in Perth, Ont., at 80 years of age, after a decade with Alzheimer’s.
Cherished wife of Doug Frazer (d. 1987); beloved mother of Bruce (d. 1966), Paul (Caroline), and Garth (Catherine); grandmother. of Ethan, Noah, Matthew, Naomi, and Eric; sister of Ian, Janet, Hartley, and Lorna; and sister-in-law to Lloyd and Yvonne.
Elaine also will be remembered by cousins, and many nieces and nephews, and by Jose and Lisette, whom Elaine welcomed into her family.
Elaine filled her life with love and joy, and looked for the good in everyone that she met. She was born in Rivers, Man. and grew up in United Church manses, profoundly influenced by her parents, Wesley and Agnes Harland.
She further was shaped through CGIT (Canadian Girls in Training) experiences, including serving a term as president of CGIT-Manitoba, before doing undergraduate studies at United College (now University of Winnipeg).
She met the love of her life, Doug, while they both were studying to be United Church ministers in Toronto. Elaine had a passion to work in Africa, which Doug shared, and together they went to Zambia upon invitation from the United Church of Zambia, a partner to the United Church of Canada.
They worked in ministry and mission work there for nine years (from 1961-70), and then three more years with the Presbyterian Church in Trinidad (1970-73).
After accompanying Doug in ministry for eight years in Stonewall, Man., Elaine was the sole minister of pastoral charges at Kakabeka Falls (Central), Thunder Bay (Broadway-Pinegrove), and Emo (Knox). In her time in ministry at Emo, she also worked for a decade caring full-time for her aging parents, with whom she lived.
Elaine will be fondly remembered by many individuals for the way she believed in them, the way she loved them, and for the goodness she found in them.
In lieu of flowers, in memoriam donations may be made to the Mission and Service Fund of the United Church of Canada.
A service to celebrate Elaine’s life will be held Saturday, Feb. 24, 2018 at 2 p.m. at Knox United Church in Emo, Ont.