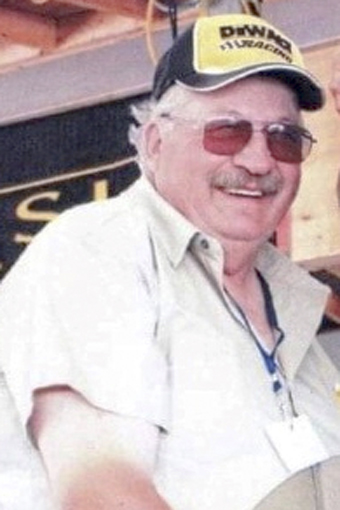 It is with great sadness that the family of Edwin Hector Gouliquer announces his passing on Tuesday, September 8, 2020 after a brief battle with cancer. He was blessed with the support of his wife Gail, daughter Therese, son-law Grant and granddaughter Katherine, who were at his side through every step of his illness.
Ed was born on November 18, 1944 in Rainy River, Ontario to Hector and Irene Gouliquer. He grew up on the family farm near Pinewood, helping his father with the raising of livestock as well as logging. After he received his driver’s license, he hauled pulpwood to Fort Frances. He also worked for the George Armstrong Company in Fort Frances. He was united in marriage to Gail Alexander on July 22, 1966 and shortly after they moved to Atikokan where he worked for Caland Ore until its closing. After the mine closed, they started Ed’s Cat Service and built Will-He-Wiggle Bait Farm on Highway 11B, which was the home of the Arctic Cat Snowmobile and Lund Boat dealerships for Atikokan. He also sold Husqvarna and Jonsered chainsaws and repaired and serviced a multitude of small engines. He worked for Ontario Hydro, Division of Lines and Stations, as well as in Marathon for various contractors throughout his career and retired from the O.P.G. Generating Station in Atikokan as an electrician.
He leaves behind his wife Gail Gouliquer; son Edwin Gouliquer (Ann Marie); daughter Therese Gouliquer (Grant Painter); granddaughters Chantele Gouliquer (Matthew), Kaitlyn Gouliquer, Katherine Painter, Alyssa Perlette and Morgan Painter; great-grandsons Wyatt and Levi; father Hector Gouliquer; mother-in-law Muriel Alexander; sisters Brenda (Jerry) Whalen, Wanda (Terry) Papadakis; brother-in-law Wilton Desserre as well as numerous nieces, nephews, aunts, uncles and cousins.
Ed was predeceased by his mother Irene Gouliquer; sisters Deanna Desserre and Jane Gouliquer; and his father-in-law Norman Alexander.
Due to COVID-19 restrictions, a private family interment will be held in North Branch Cemetery.
If friends so desire, in memoriam donations may be made to the Atikokan General Hospital, 120 Dorothy Street, Atikokan, ON, P0T 1C0 or the Canadian Cancer Society, 1093 Barton Street, Thunder Bay, ON, P7B 5N3.
Online condolences may be made in care of www.greenfuneralhomefortfrances.com.