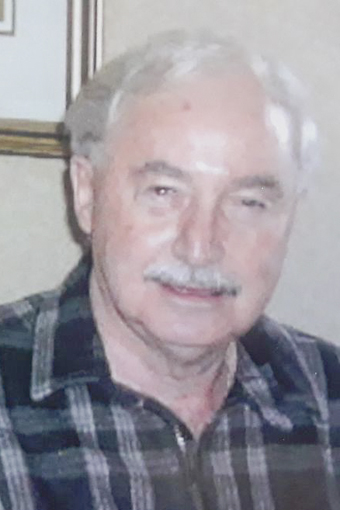 The family of Ted Berry regrets to announce his sudden passing at age 83 on Monday, April 13, 2020 at his residence. He was born on June 30, 1936 in Fort Frances, Ontario to the late Ronald and Sainta Berry. Ted was married to the love of his life Barbara Ann Agnew on May 22, 1961 whom he is predeceased by, as well as one granddaughter Michele Berry.
He is survived by their five children, daughter Julie and husband Rick Barber of Smiths Falls, ON; son David Berry and wife Shana of Thunder Bay, ON; daughter Susan and husband Randy Shortreed of Fort Frances; son Douglas Berry of Fort Frances; daughter Tricia Berry and Patrick MacLean of Kingston, ON; grandsons TJ Barber, Ryan Shortreed, Jacksen MacLean, and Lucas Berry; granddaughters Meagan (Justin) Brennan, Jillian and Celia Berry and Katelyn Shortreed; and great-grandson Blake Brennan. Ted is also survived by his sister Sheila and husband Howard Fanjoy of McKerrow, ON; nephews Brian and Greg Fanjoy and niece Lisa Fanjoy; as well as brother-in-law David Agnew and nephews Sean and Ian Agnew of Calgary, Alberta.
After their marriage, Ted and Barb moved to Red Lake, where they resided for nine years and he started his career as a Municipal Assessor. Ted was also a dedicated Kinsmen and held the position of President 1965-1966 in Red Lake. His assessment job lead to a move to Dryden, where he was appointed and enjoyed serving as Deputy-Governor for Kinsmen. In 1973 they moved back to Fort Frances where they became owners of the gift store and eventual restaurant the Berry Patch. Ted then began a new career with Indian Affairs as the Lands and Titles Administrator. When Indian Affairs left Fort Frances, Ted did not transfer to Thunder Bay to continue but instead, started his final career of Planning Administrator with the Town of Fort Frances where he worked until his retirement in 2001.
Ted proudly maintained his Municipal Assessors Membership for life. He also enjoyed being very active in his community and had a long-standing involvement serving the Rainy River District Housing Authority. He was known for being ready and willing to help a friend or community member with a land issue as he was so very good at analyzing maps and detailed land issues that needed attention.
In his early years he enjoyed playing hockey, which was followed by years of being a referee. Ted was very fond of his cabin on Rainy Lake where he spent the majority of his summer days with family and friends. He also enjoyed hunting, fishing and curling with his two sons and his many friends. He was proud to have a large extended family of relatives and was very good at keeping in touch with all his cousins and the current goings on. He will be sadly missed and forever remembered by all of his loving family and many, many friends.
Cremation has taken place and a family gathering will take place at a later date.
In memoriam, donations may be made to Riverside Foundation for Health Care.