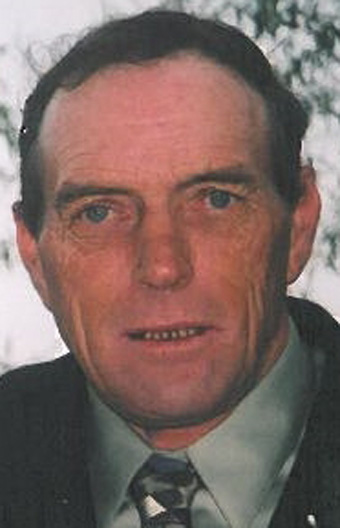 It is with great sadness the family of Doug Witherspoon announces his passing at his residence on Thursday, March 14, 2019 with his children at his side at the age of 66.
Doug was born in Fort Frances, Ont. on April 9, 1952 to William (Bill) and Bernice Witherspoon. He was the youngest of four children and lived all of his life in the Devlin, Ont. area.
Doug married Laurie Carlson (Lindberg) on July 22, 1972 and together they raised three children, Cheri, Kristi, and William (Billy) in Devlin.
Doug was a heavy equipment operator, truck driver, and heavy duty mechanic helper working for several Rainy River District contractors and businesses throughout his life. For a time, Doug partnered his brother, Don, and father to start Witherspoon’s Sand Gravel &amp; Concrete.
Doug operated his own backhoe service until his health was failing. He took pride in his work and had a gift for grading and operating his backhoe.
Doug loved the outdoors, fishing and hunting. Many hours were spent deer hunting and even more hours spent searching for his lost hound dogs. In his younger years, Doug played men’s fastball in the district league, then later played mixed slo-pitch, enjoying many games at the Devlin Ball Diamond with family and friends.
He also enjoyed his time playing hockey with the Burriss Raiders in the Emo men’s league.
Doug had a competitive nature and enjoyed many years of stock car racing. He put his mechanical skills to the test working endless hours in the garage getting the race car ready for the next race night, both his and then later his son’s race cars. Many evenings were spent at the Emo race track grading getting that clay track ready for race days.
His love of sports was a big influence for his children for baseball, hockey, ringette, and racing.
Doug was very proud of his children and grandchildren, and supported whatever venture they took. Even though he tried to show a tough exterior he was a soft teddy bear and would help out anyone in need.
Doug will be lovingly remembered by his children, Cheri (Cory), Kristi (Kevin), and Bill (Sarah) and his grandchildren, Hunter, Jillian, Kiana, Kailyn, Cooper, and Racin; brother, Don (Millie) and sisters, June (Alfred) and Marlene (Brian); and his faithful companions, Rosco (dog) and Bandit (cat) who never left his side.
He also will be remembered by his brothers- and sisters-in-law, Gene Carlson, Mary Perrier (Dave), Murray Carlson (Gail), Ed Carlson (Diane), Debbie Carlson (John), Karen Carlson, and Lyal Carlson (Corinne).
Doug was predeceased by his infant son, Brian; parents, Bill and Bernice Witherspoon; infant sister, Patsy; infant brother, Murray; sister-in-law, Pam Carlson; and niece, Jennifer Carlson.
A celebration of life will be held Thursday, March 21, 2019 at 2 p.m. at Northridge Funeral Home in Emo, Ont., followed by a luncheon at the Devlin Hall in Devlin.
The honourary pallbearers will be Rob McCaig, Gerry Elliott, Gene Carlson, Alfred Benjamin, Terry Mann, Leon Swire, Dan Rea, and John Bosma.
If friends or family desire, in memoriam donations may be made to Fort Frances Community Chest or Friends of Animals c/o Northridge Funeral Home, P.O. Box 89, Emo, Ont., P0W 1E0.
I am at peace, my soul at rest. No need for tears as with your love I was so blessed for all those years.