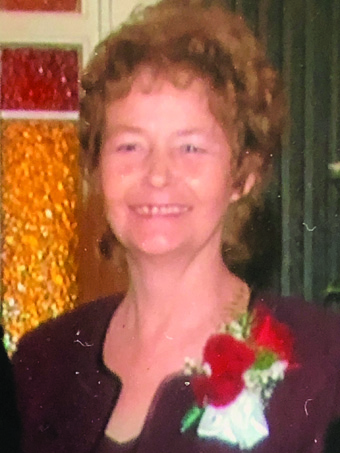 It is with great sadness, that the family of Diane Parisien announces her passing early Thursday November 26, 2020, at the LaVerendrye Hospital, in Fort Frances, Ont.

Diane was born in Fort Frances on December 31, 1952 to Sydney and Vivian Baldwin (nee Calder). She grew up in Fort Frances and then lived in Winnipeg, Thunder Bay and spent some time in western Canada, before returning to her roots, here in the Rainy River District. She drove cab for many years, as well as working at various businesses. Diane most enjoyed being with family; especially her grandchildren and her brother George. She will be lovingly remembered for being a kind soul, who was always willing to lend a hand or a listening ear. She was gifted with a soft spot for all peoples, never judging anyone; accepting people for who and where they were.

She leaves behind her children Renèe (Tony) Richards, April Deveau (David Wilde), Ryan Parisien and Brock Parisien(Jenna); their father Virlin Parisien; grandchildren BriAnne, Brealyn, Blake, Morgan, Tyson, Seth, Carter, James, Karmella, Matthew, AnnaBelle and Brooklyn; niece Vivian Baldwin; nephews Stephen and George Baldwin; aunties Dixie Calder and Georgina Connor; as well as a large family of cousins. She will also be greatly missed by her cousins Barb Calder and Wendy Kratky, and although they were first cousins, to Diane they were both like the sisters she never had, here on this earth.

Cremation has taken place, and a private family interment will be held at a later date.

If friends so desire in memoriam donations may be made to the Canadian Mental Health Association, in care of Green Funeral Home, Box 427, Fort Frances, ON, P9A 3M8.