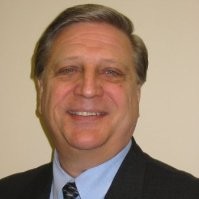 It is with great sadness that the family of Dale Newman announce his sudden passing.
Dale is survived by his loving wife of 40 years, Tracy (Asselin), and sons, Dustin and Danny.
He is survived by his sister, Diana Koski (Ray) of Thunder Bay, and predeceased by his parents, Reino and Ilona Kaukinen, and nephew, Derek Koski.
He will be remembered by nephew, Ryan Koski, Aunt Velva and Uncle Pekka Roininen, and brothers-in-law, Ted and Rick Asselin and their families, as well as many friends and cousins.
Dale was born in Port Arthur (Thunder Bay) and attended Lakehead University. After marrying Tracy in 1979, they re-located to Winnipeg where he began his career with Eaton’s.
His sales and people skills kept him in demand, starting in the Bargain Basement, and moving him around to Men’s Wear, Sporting Goods, and the Housewares departments.
He was instrumental in the development and opening of Eaton’s Business Centre and then accepted a transfer to the Buying Office in Rexdale (Toronto).
He moved Tracy and three-year-old Dustin to Brampton and Danny arrived a year later. He then switched careers, starting up the Canadian operation of Software Publishing in his basement, then moved onto VP of Sales &amp; Marketing at Ingram Micro D.
The sunny south called and once again Dale moved the family, this time to Scottsdale Arizona to become VP of Sales and Marketing at FormGen, a U.S. based software manufacturer. Dale was responsible for worldwide sales and marketing and was instrumental in launching FormGen’s award-winning software program “Duke Nukem 3D.”
Upon returning to Brampton, Dale became VP of Sales &amp; Marketing at Keating Technologies until a massive layoff in 2007 resulted in him starting his own business, Global Leasing and Finance Group, which offers financing solutions to manufacturers, dealers, equipment repairers and owner operators of heavy equipment.
Despite a stellar career, Dale was first and foremost a family man and enjoyed many holidays and cruises with his family. His visits to the family cottage found him at his most relaxed.
Dale’s many hobbies and pastimes included cooking, golf, reading, music, and theatre.
All was well when you found Dale indulging in the latest best-seller, lathered up with the sweet smell of Coppertone wafting from the backyard.
Dale will be remembered for his strength, wisdom, quick wit and love of family and friends. Nothing made him more proud than watching his sons develop into fine young men. They were his source of joy and comfort.
Private cremation has taken place.
In lieu of flowers, donation made in Dale’s name to a charity of your choice would be gratefully appreciated.