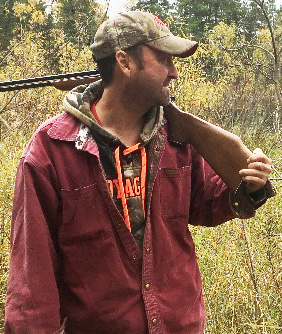 It is with the heaviest of hearts that we announce the sudden passing of Campbell Handberg on Tuesday, Dec. 5, 2017 with family by his side.

All who loved him will profoundly miss him.

He leaves to mourn his loss his daughters, Kennedi and Katie; parents, Jay and Cheryl; brother, Curtis (Erika, Olivia and Robert); and his precious “two-footer” grandchildren, Waylon and Blake. No one was ever more proud to be called Grandpa.

Campbell also is survived by many aunts, uncles, and cousins, and loved the time spent with one of his faves, Uncle Mike. Also to miss him is special person Kerry Zucchiatti.

Campbell was predeceased by his maternal and paternal grandparents; as well as two uncles that he adored, Uncle Rob (Howden) and Uncle John (Handberg); special aunt, Nancy (Howden); and Uncle Brad (Cross) and Aunt Lynn (Wiebe).

Campbell was united in marriage to Cathy (Eide) on Oct. 19, 1996, whom he shared 18 years, two daughters, and two grandchildren with.

Campbell was most recognized for his heart-felt warmth and infectious personality; he was one who wore his heart on his sleeve. He had a special love for babies and toddlers, and could spend hours as a babysitter or a playmate.

Campbell also developed a love for cooking, but more particularly barbecuing. He went so far as to build his own portable barbecue that he actually named the “chuck wagon.” He was never shy to blend different spices and flavours that usually had great results.

Campbell went through life at top speed, which often ended with broken bones and missing bits of digits, but certainly filled his life with adventure and somehow managed to experience 80 years of living packed into 45.

Campbell enjoyed so many things life had to offer, such as snowmobiling, camping, racing, hunting, and spending hundreds of hours navigating his dream boat on the waters of Lac La Croix. He also loved to fiddle around with various things like motors, photography, and, of course, his remote control toys.

But the truest and most valuable things to Campbell were not things, they were people, mostly his children and grandchildren, but people were what really made Campbell thrive. He never missed stopping by to say hello, share a story or 10, and a good laugh over a joke.

Campbell forever will be remembered as a soft, kind, and generous soul who embraced anyone who crossed his path.

In memoriam donations can be made to the Alzheimer’s Association, Salvation Army, or Sick Kids Foundation.

Online condolences may be offered at www.greenfuneralhomefortfrances.com