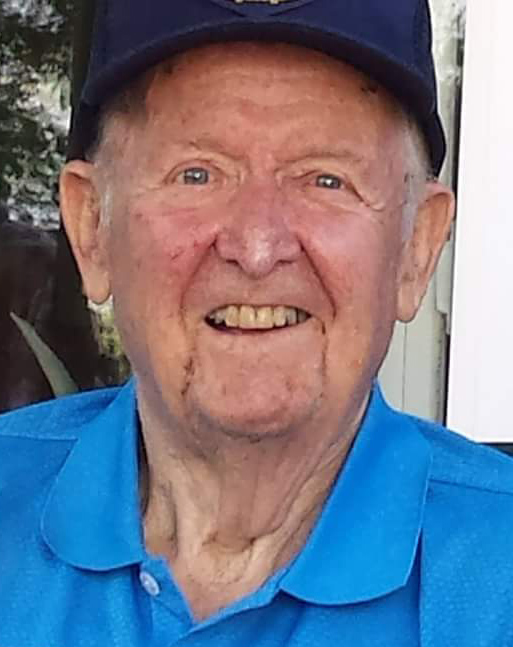 In the early-morning hours of Saturday, March 18, 2017, Bruce Tony Holmlund peacefully slipped away and joined his beloved wife, Lois, in eternal rest.
Bruce was born in 1931 at the family farm in Outlook, Sask. to Tony and Amanda Holmlund.
At the age of six, Bruce and his family moved to the Scandinavian community of Erickson, Man. It was here that Bruce met, charmed, courted, and, on July 24, 1954, married the love of his life, Lois Elaine Miller.
Together they set out on an adventure that lasted more than 60 years.
Bruce’s intelligence and business acumen led him to a career with Canada Safeway that eventually brought him to Fort Frances, Ont. in 1955. With their newborn daughter, Elaine, Bruce and Lois planted their roots in the Fort Frances community, where they eventually expanded their family to six with the arrival of Heather, Jeffrey, and Shawna.
Bruce’s successful career with Canada Safeway in Fort Frances saw him rise from butcher to store manager. After 25 years, he shifted careers by starting his own company, Holmlund Financial Inc., which he operated until retirement at the age of 70.
His tireless and heartfelt commitment to serving the community through organizations such as the March of Dimes, CNIB, Kinsmen Club, Border Shrine Club, the Rainy River Development Corp., the Zion Lutheran Church, CESO, and numerous others touched and enriched many lives.
Bruce was an adventurer and with Lois by his side, they travelled the world, embracing new cultures and experiences along the way. Above all else, Bruce and Lois felt their cabin at Bears Pass was their own heaven on Earth. Together, they gave their children, grandchildren, countless friends, and neighbours a legacy of cherished memories over the 52 years they spent “up the lake.”
Bruce loved the outdoors and was an avid sportsman. From playing hardball and hockey as a young man to managing the Old Timers, as an avid curler and team member of the senior men’s Ontario championship team, as a devoted golfer, and as a hunter and passionate angler, Bruce built enduring, valued friendships.
Bruce also cherished his years participating in the annual Fort Frances Canadian Bass Championship, who, with partner Walter Avis, lovingly was known as the “Grumpy Old Grampas.”
Bruce’s legacy carries on through the lives of his children, Elaine and John Garner, Heather and Tom Albani, Jeff and Penney Holmlund, and Shawna Holmlund; grandchildren, Sean and Trevor Garner, Bryn, Corbin, and Hannah Albani (Thomas Baetz), and Justine and Katrina Holmlund; great-granddaughter, Amaiah Holmlund, and soon-to-be arrival of his second great-granddaughter.
Bruce also leaves behind his brother, Dennis Holmlund and wife, Cheryl; sister, Marlene and husband, Calvin Allan; brother-in-law, Ron Miller and wife, Sheila; and many loving nieces, nephews, and dear friends.
Bruce was predeceased by his beloved, Lois, on March 1, 2015; parents, Amanda and Tony Holmlund; sisters, Eileen and Mavis; and great-grandson, Jayden.
A celebration of Bruce’s life will be held Saturday, April 1, 2017 at 11 a.m. at the Zion Lutheran Church in Fort Frances, with Pastor Brian Keffer officiating.
Upon his wishes, Bruce will be interred in his final resting place with Lois at the family plot in Erickson, Man. at a later date.
In memoriam donations may be directed to the Shriners Hospitals for Children c/o Green’s Funeral Home, P.O. Box 427, Fort Frances, Ont., P9A 2P3.