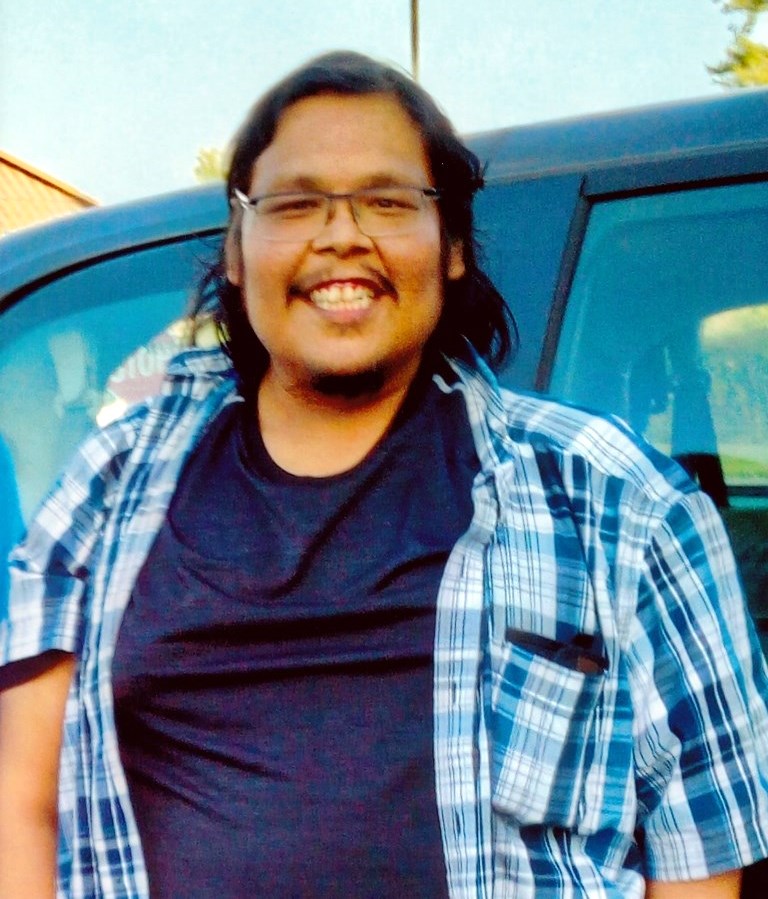 It is with great sadness that the family of Archie Potson Jr. announces his passing on Tuesday, Aug. 20, 2019 at his home in Seine River First Nation.
Archie was born on June 10, 1981 in Fort Frances, Ont. to Archie and Geraldine Potson. He lived in Seine River First Nation most of his life. He worked as a firefighter before returning to school to study anthropology at Lakehead University.
Archie had a zest for learning and would study everything that interested him.
He was an entrepreneur who was always looking for new ways to do things. He enjoyed gaming and spent many hours with his nephews, Sonny and Jeremiah.
He leaves behind his mother, Geraldine; siblings, Ryan, Terry (Evelyn), Jeremy (Natasha), Chris, Leanne (Alex) and Lisa; girlfriend, Autumn; nieces and nephews, Janet, Jeremiah, Arianna, Sonny, Julieann, Evan, Jaslynn, Brianna, Nikolai and Alex Jr.; as well as numerous aunts, uncles and cousins.
Archie was predeceased by his father, Archie; a sister in infancy; his grandparents and several aunts and uncles.
A traditional funeral ceremony was held at his family home in Seine River First Nation on Saturday, Aug. 24, 2019.
The honourary pallbearers were Janet Spoon, Jeremiah Potson, Ariana Johnson-Potson, Sonny Potson, Julieann Potson, Evan Johnson-Potson, Jaslynn Potson, Brianna Johnson-Potson, Nikolai Cochrane and Alex Cochrane Jr.
The active pallbearers were John Kabatay, Damian Spencer, Sky Boshkaykin, Nick Spencer, Vernon Menson, Troy Kingbird, Andy Kingbird, Jeremy Potson and Chris Spencer.
If friends so desire in memoriam donations may be made to the Heart and Stroke Foundation or the Canadian Cancer Society.
Online condolences may be made in care of www.greenfuneralhomefortfrances.com.