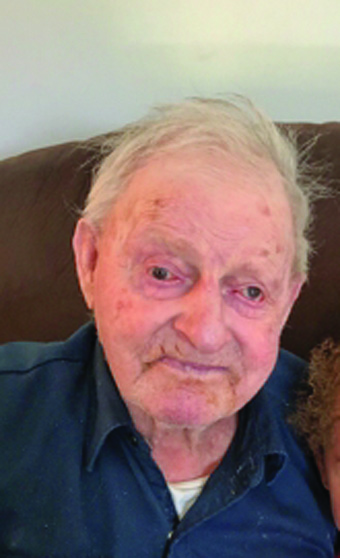 It is with heavy hearts that the family of Alvin Alexander announce his passing on November 18, 2020. Dad passed away at Riverside Long Term Health Care in Emo, Ontario after a courageous battle with cancer. Dad was born in Morley, Ontario to Edna Alexander and George Alexander on March 17, 1927.

Dad had many occupations to provide for his family: farmer, logger, auto wrecker, school bus driver and sawyer. Having his own sawmill Dad sawed lumber for just about everyone in the Rainy River district.

Dad was an exceptionally hard worker and very intellectual. His math skills could outshine all of us. Dad remembered poetry from grade one and made up poetry up until two months before his passing. Dad was an avid reader and would read the Readers Digest cover to cover and the newspaper then ask us if we read this or that.

Dad grew up in the country in Stratton and lived there until him and Mom moved to Emo in 2004. Even after his move to Emo he went back to the farm for several years to help with haying on the farm with his granddaughter Shari and sawing logs with his good friends Bob and Lawrence Brown. Dad enjoyed his garden and was able to have a garden in Emo up until two years before his passing. He was especially proud of his strawberry patch. When we went to the blueberry patch with Dad you had better know your way home as he wandered to find the best patch.

Dad had a special place in his heart for his grandchildren and great-grandchildren. He looked forward to them coming for a visit and they got to hear his stories.

Dad had many friends young and old and enjoyed seeing each one, telling stories and having a cup of tea.

Due to COVID restrictions a graveside service in memory of Alvin will be held at the Stratton Cemetery by invitation. COVID regulations will be followed, as set forth by the Northwestern Health Unit.

In lieu of flowers donations can be made in Dad’s memory to the Ontario SPCA for Animals or Riverside Health Care Emo Auxiliary, by cheque c/o Northridge Funeral Home, Box 89 Emo, Ontario P0W 1E0. Online condolences may be offered at the www.northridgefuneralhome.com