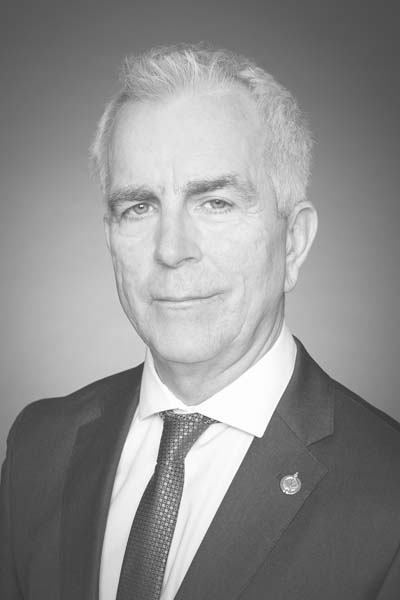 Now, I am not a politician who likes to regurgitate the party-line, often to the chagrin of my own party. On vaccines, I am going to be no different. Wherever the facts point is where I am going to be. And I think the facts here should give us all a reason for hope.

To start, it is fair to say that Canada was largely unprepared to manufacture vaccines at the beginning of this pandemic. However, this would not have always been the case. Canada was once a global pharmaceutical leader in the 20th century with the non-profit Connaught Laboratories supplying Canada and the world with cheap insulin and vaccines. However, the Mulroney Government sold off Connaught Laboratories in the 1980s.

In subsequent years, various privately owned pharmaceutical companies began to close production and research in Canada. This includes Astra Zeneca in 2007, Johnson and Johnson in 2010, Teva Pharmaceuticals in 2011, and Boehringer Ingelheim in 2013. I won’t play partisan games here and blame one party or another for this. What matters is that multiple governments have seen our domestic vaccine capacity steadily erode.

Now, I will give credit to my Government in that they recognized this at the beginning of the pandemic. Due to my health background, I was approached in March by VIDO-Intervac at University of Saskatchewan, a world leader in vaccine research, looking for funding to set up a domestic vaccine manufacturing facility. The Government subsequently provided them with $46 million for this. The Government also gave over $ 445 million to other Canada-based companies (VBI Vaccines, Precision Nanosystems, and others) to help support their own development and production of a domestic vaccine.

Funding is important. But discovering and manufacturing a vaccine is a complicated race given the number of companies and countries involved, and everyone can’t get first place. What countries also need are external sources of vaccines to rely on if domestic manufacturing isn’t fast enough.

Canada has secured access to six non-domestic vaccines. They include: Pfizer/Biotech; Moderna;  AstraZeneca/Oxford; Novovax; Johnson and Johnson; and Medicago.

The Prime Minister has stated that, “all Canadians, who want to be vaccinated, will be vaccinated by September.” This is based solely on the timelines for delivery of the Pfizer/Biotech and Moderna vaccines. He is not including any of the other vaccines Canada has already purchased, including those from Astra Zeneca, Johnson and Johnson, and Novovax.

I know from talking with my doctor colleagues that the clinical trials for these three vaccines show that they all work pretty well. Barring something unusual, I think that at least AstraZeneca and Johnson and Johnson should be approved in Canada in the near future. And luckily, we have millions of these vaccines already ordered. If this is right, the September deadline may be unnecessarily conservative. The end may very well be closer than we think.

Of course, we all want a specific timeline. However, there are reasons why this is hard to give. Vaccine contracts all over the world contain delivery schedules based on four-month blocks, making weekly shipping amounts difficult to nail down. Furthermore, there could arise production problems for some of the companies, as we have seen recently with Pfizer/Biotech. Canada did have this in mind, however, when it purchased a staggering amount of vaccines from multiple companies, thus not putting all its eggs in one basket.

I believe we are getting close the end of this pandemic. As the federal government procures more doses, the provinces will be working to get them into arms. I am confident that Ontario will do this speedily. In the meantime, I think we all need to keep doing our part to keep our community safe. My mother’s first cousin died in Burma a week after the Second World War ended because they didn’t know the war was over in the jungle. Let’s not fall into this trap. The war is almost over.