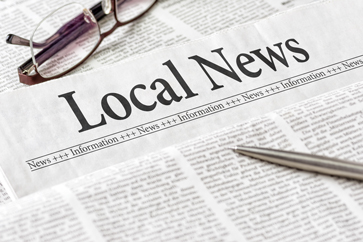 That whirring sound you’ve been hearing lately is the frenzied spinning of two of the richest and most powerful corporations in human history.

After two decades of relentless predatory practices by Google and Facebook, democratic, market-based countries around the world are taking steps to restrain their monopolistic behaviours. And the web giants are fighting back.

They’re deploying their phalanx of high-priced lobbyists and board members – including a former deputy prime minister of the UK. And they’re flooding the marketplace of ideas – both Google and Facebook recently had pieces in the opinion pages of this newspaper – with deflections that seek to preserve their power and wealth.

Parliaments around the world are calling the two multinationals to account for everything from the commoditization of their users’ most private data to their roles in abetting the spread of disinformation.

But in no area have they had a more corrosive impact than in local news coverage. A US Senate report last month described how the two companies’ practices have helped put more than 2,000 local newspapers – more than a quarter of all papers published in the US – out of business over the last 15 years, creating “news deserts” across wide swaths of America. The report states: “These trillion-dollar companies scrape local news content and data for their own sites and leverage their market dominance to force local news to accept little to no compensation for their intellectual property. At the same time, the marketplace for online advertising is now dominated by programmatic ads, with digital advertising services claiming half of every ad dollar, further diverting funds away from local journalism. “

In Canada, those same tactics are at play – except that in this country, Google and Facebook’s bite of advertising revenues has hit the 80% mark.

The web giants would have governments and the public believe that Canadian newspapers themselves are to blame, not having done enough to keep up with the times. This is patently false. The country’s papers – including the one you’re reading now – have been early and aggressive adopters of technology.

But reporting real news costs real money. And with Google and Facebook using their monopoly control to scoop up the lion’s share and advertising revenues and using opaque techniques and algorithms to enhance their control, they tilt the rules against local newspapers.

The time to act is now, before “news deserts” fill the Canadian landscape, as they have south of the border. And what’s needed isn’t government funding, on new taxes or user fees; it’s for the government of Canada to take action against a dangerous sector monopoly and help level the playing field for local news.

That’s what’s happening in Australia. In that country – so much like Canada in its political culture, system of laws, federal structure and strong sense of regional identities – all parties in Parliament have come together in support of a comprehensive solution that requires Google and Facebook to negotiate fair terms with the country’s news sector, and backs up a code of conduct with enforcement teeth.

Once again, the facts matter. Contrary to the web giant’s Canadian spin regarding the Australian approach, the fact is – after a year long discussion – the industry including Facebook and Google, are collaborating to make sure the model works for all participants in that market. They can certainly do so in Canada too.

The publishers of the daily, regional, community, and ethnocultural news publications that account for more than 90% of news media readership in Canada have come together to urge Canada’s parliament to adopt the Australian model.  It’s the key recommendation of the report we commissioned:  Levelling the Digital Playing Field.

Google and Facebook started out as scrappy underdogs. They have both contributed to global progress and to personal empowerment in significant and tangible ways. But today they are behemoths that bear little resemblance to the shirtsleeve iconoclasts of two decades ago. Today they are massive multinationals, whose annual revenues dwarf the GDP of all but a few of the world’s nations.

And no entity that amasses such power and wealth – whether a nation or a corporation – will ever cede it without a fight.

That’s where government comes in. Not to impose its own will. Not to decide – as the web giants claim – what information people can or can’t see. But to prevent monopolies. To prevent abuses of power. To ensure real and fair competition.

Other countries are taking action to ensure that the web giants can’t crush local news. We’re asking that Canada do the same.