Willie Baronet is an artist and professor in Texas. He took a negative situation and turned it into a positive for himself—for all of us.
Willie noticed that he was uncomfortable in the presence of the homeless where he lives in Dallas. Their suffering and lacking made him want to look away when he passed them on the street; to pretend they weren’t there, to concoct stories in his head that placed the blame for their poverty, for their circumstance, on their own shoulders rather than his.
This discomfort poked at him, worried him, distracted him, and so he transformed it.
In 1993, Willie started buying and collecting homeless signs from those people he encountered on the streets of Dallas. He engaged these people in conversation and purchased their signs to use in his art projects.
Willie took his project on the road in 2014 and in the month of July, he and his team travelled from Seattle to New York City purchasing as many signs as he could in his 24-city tour.
They bought 292 signs and drove 7,620 miles.
Willie grew up poor, not homeless but poor. His father’s inability to take care of his family often turned to rage. Willie’s childhood experience made this project even more important.
He has heard the familiar criticism: they’ll buy drugs, they’ll scam you, why don’t they just get a job like the rest of us, and all complaints in between.
Willie hands over payment for these signs with no strings attached.
Willie came upon philosophers, upon those apologizing for asking for help, upon disabled veterans. “If you want to see courage and compassion,” says Willie, “go to the streets and see those who are trying to help.”
His cross-country journey will be chronicled in a book and a documentary film, “We Are All Homeless,” the proceeds of which will continue to help those in need.
Willie also produced a Ted Talk in 2015 summarizing this journey of his.
His simple idea has grown into an art exhibit; pushed him toward pursuing a career in art, which always was his dream.
His helping of others has bettered his life, has changed him forever. He came away from the project with gratitude—a fact we should all remember.
As Edwin Markham said, “All that we send into the lives of others comes back into our own.”
I am moved by stories like this. Moved to look harshly at my own actions and how I could be doing more.
Having empathy and concern is good, it is a starting place, but those thoughts become more valuable when that concern moves us to action.
We have come to consider homeless people as inevitable, as a fact of life; that they will occupy the streets upon which we walk to and from work, to and from restaurants and shopping, to and from our lives that are comfortable.
As inevitable as seagulls gathering when garbage is near, as inevitable as leaves falling from the trees in October, in a world where we are driven to amass “things.”
I try to repeat Gandhi’s words in my head: “Live simply so others may simply live.”
I fall short. Thankfully, people like Willie Baronet make me want to try again.
wendistewart@live.ca 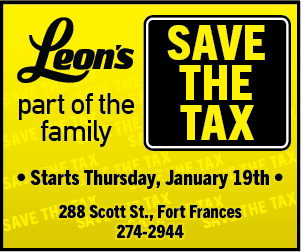