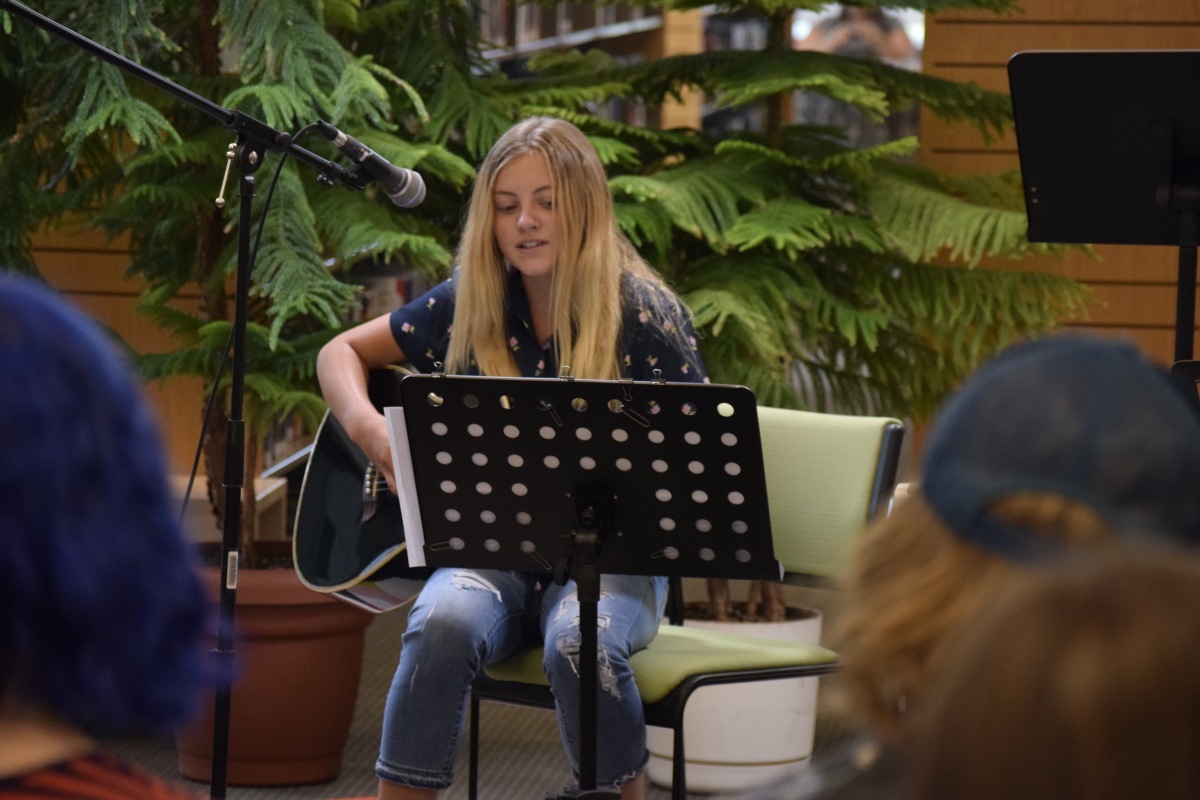 Local teens performed for a modest crowd last night during the fifth-annual “Teen Open Mic Night” at the Fort Frances Public Library Technology Centre. Piper Lidkea opened the event with a performance on guitar covering a song by Ed Sheeran called “Photograph.” An array of music was showcased by the teens through playing their own instruments–on the guitar, piano, and even the ukelele–or simply singing along with pre-recorded music.