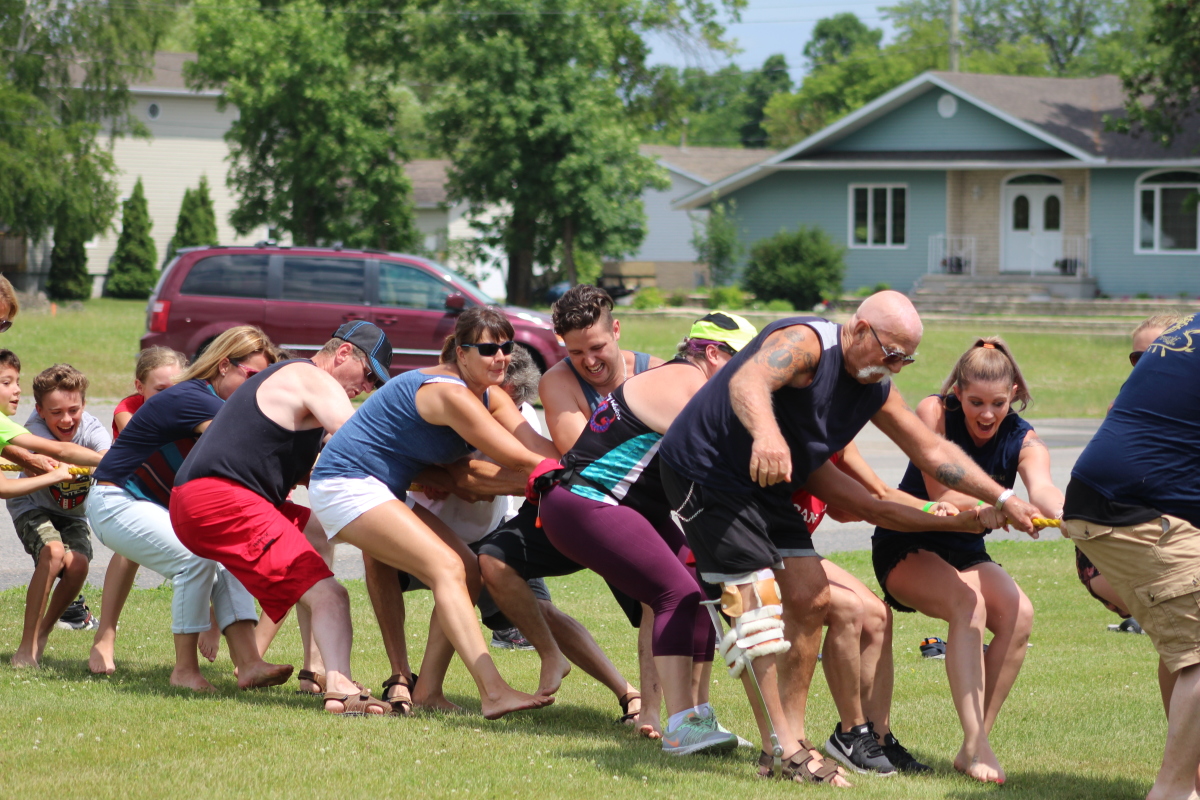 Local residents pulled with all their might in the “community pull” during the international tug-of-war staged by the Backus Community Center in International Falls on Saturday in conjunction with the seventh-annual International Boundary Waters Dragon Boat Festival. But the event, making its return after a five-year absence, was marred when some participants on this side of the river were injured when the rope got caught on a street sign that caused a whipping action to happen and also prompted organizers to end the festival early.