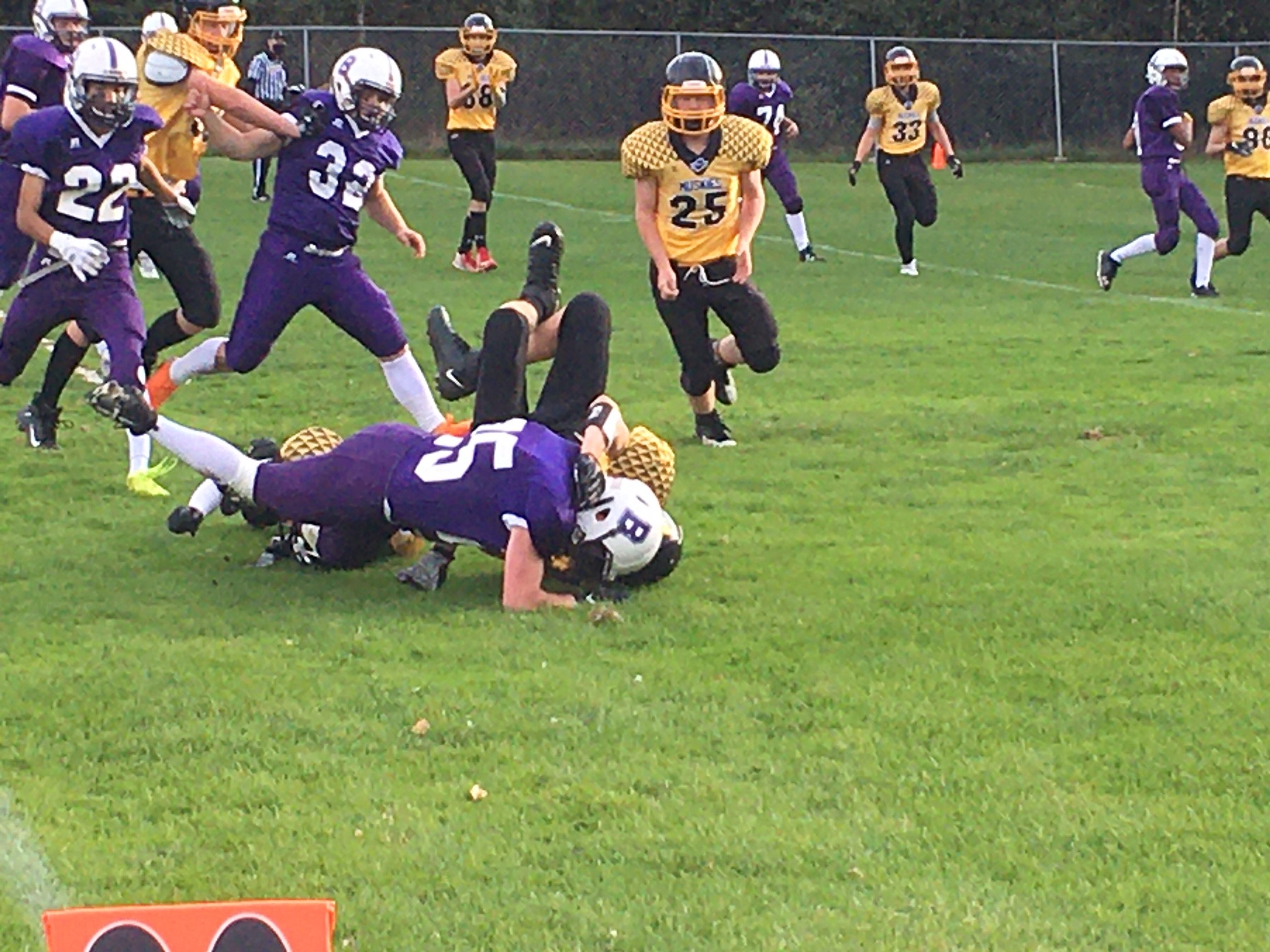 In Norwassa football action Friday afternoon in Kenora, the Fort Frances Muskies scored an exciting 12 – 7 come from behind victory over the Beaver Brae Broncos.

The game was scoreless midway through the 4th quarter. Muskie Senior quarterback Gabe Hyatt who was injured on the first series of the game returned to throw a 21-yard touchdown pass to Senior receiver Will Richards.  The 2 point convert attempt failed.

With a minute and 10 seconds left in the game the Broncos scored a touchdown when they capitalized on a fumble by the Muskies at their own 10-yard line. A successful convert gave the Broncos a 7 – 6 lead. A big return on the following kickoff gave the Muskies the ball on Kenora’s 38-yard line. Four plays later Sophomore running back Ben Huziak (Hu-zee-ak) scored from 6 yards out to give the Muskies a dramatic 12 – 7 victory.

The win evens the Muskies record at 1 and 1. The Muskies next game is Friday October 8th in Dryden. – Scott Fawcett photo