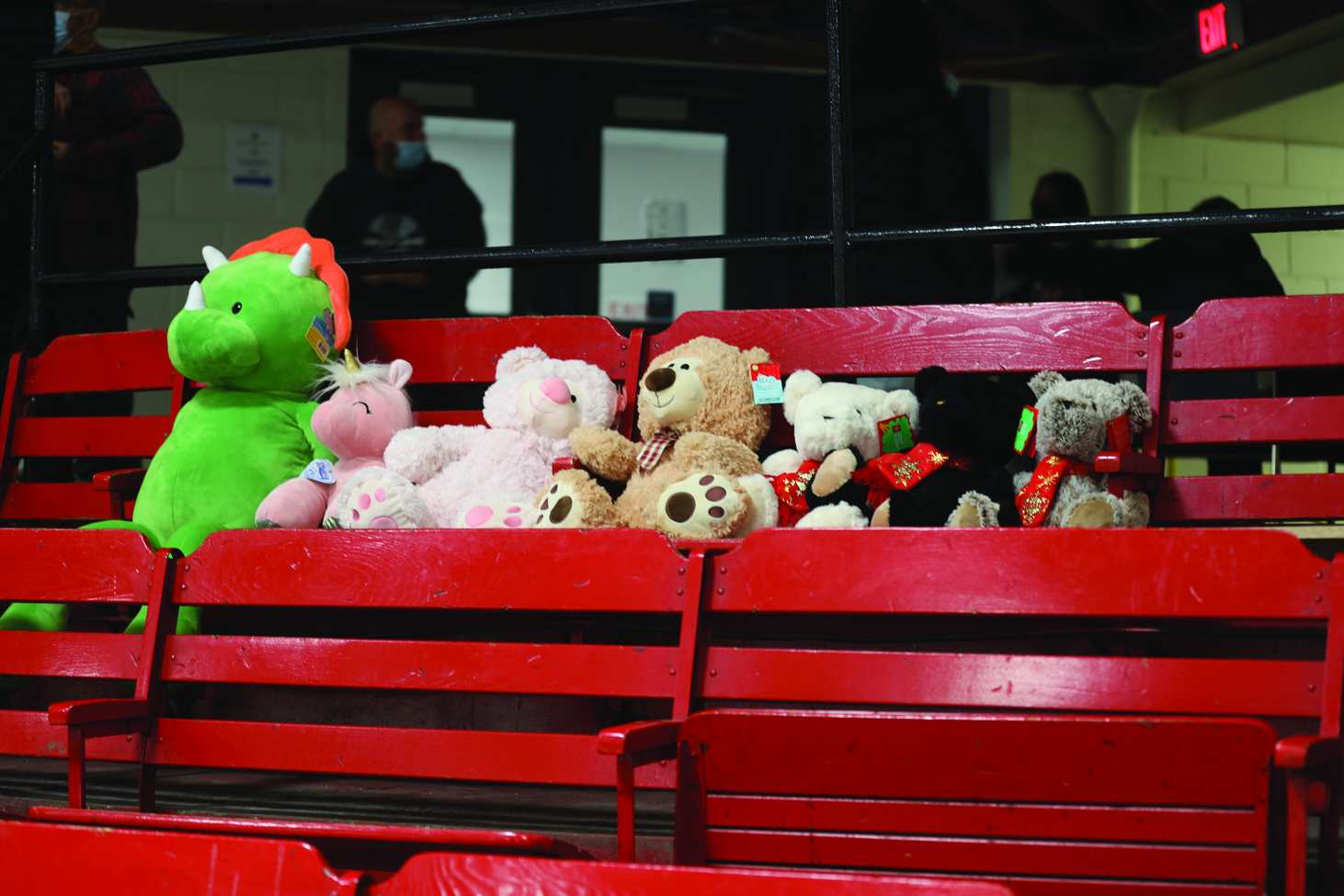 A Teddy Toss at last weekend Muskie Girls’ hockey game resulted in an adorable cheering section for the remainder of the game, cheering the Muskie girls to a 13-0 win over Beaver Brae. The Muskie Boys hockey team will be having their own Teddy Toss at their game against the Saints on Thursday. Can’t make it to the Teddy Toss? There are still several toy drives active across the District. The Lakers will be accepting new, unwrapped toys outside the sportsplex before their home game Friday night. The Bargain Shop will be holding their Fill-A-Sleigh event on Saturday. The RedRum Motorcycle Club will be collecting on Saturday noon-4 p.m. at Cloverleaf in Emo, and the Salvation Army and UNFC are accepting until Christmas.