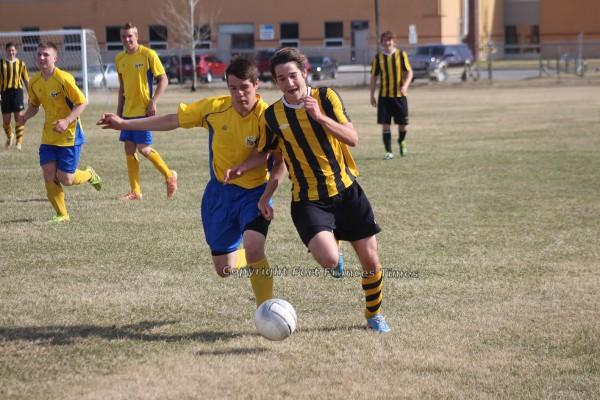 In a highly contested battle, Cameron Lidkea of CJ Contracting, left, tried to recover on defence and regain possession as he chased down Lucas Koomans of Centra Pipelines. The tight defensive play paid off for CJ Contracting as the men went on to earn their second straight Borderland league championship with a 1-0 score on Tuesday night. Narrowly edging out their opponent with the lone goal in the two-game series. In the women’s championship, La Place Rendez-Vous Voyageurs were able to hold Al’s Racquet Stringing scoreless with a 3-0 victory.