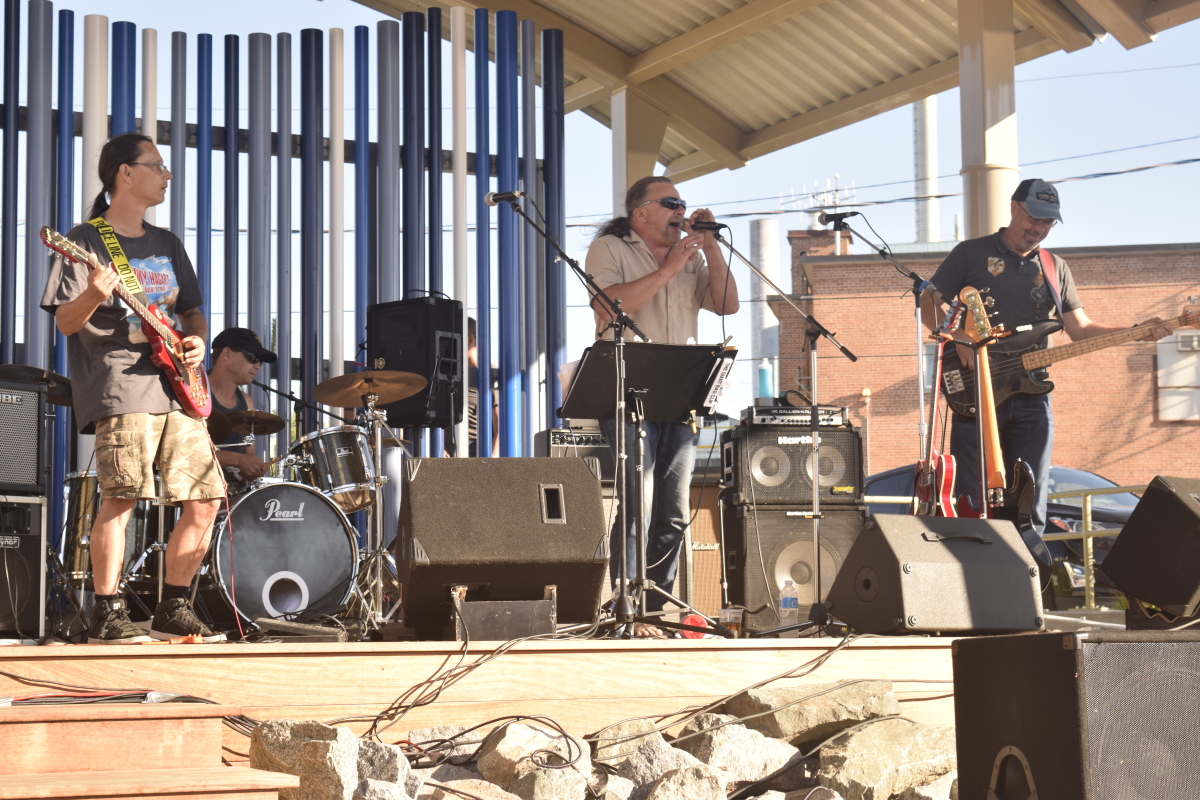 Local band “Who Cares” performed at the Rainy Lake Square last Thursday evening during a tribute concert for local musician Myron Hawrylak, who had passed away in late March. Dozens of people came to the square, the site of where Hawrylak often played at the old Rainy Lake Hotel, to hear the music of the various musicians he had played with over the years. His son, Ken, streamed the entire concert on YouTube, which still can be viewed. His daughter, Annelise, meanwhile, offered words about her father to Times: “My dad gave his gift of music to the community of Fort Frances–played for funerals, weddings, community events–all the time I can remember. It’s fitting, celebrating his life with music, and that everyone gathered for it.”