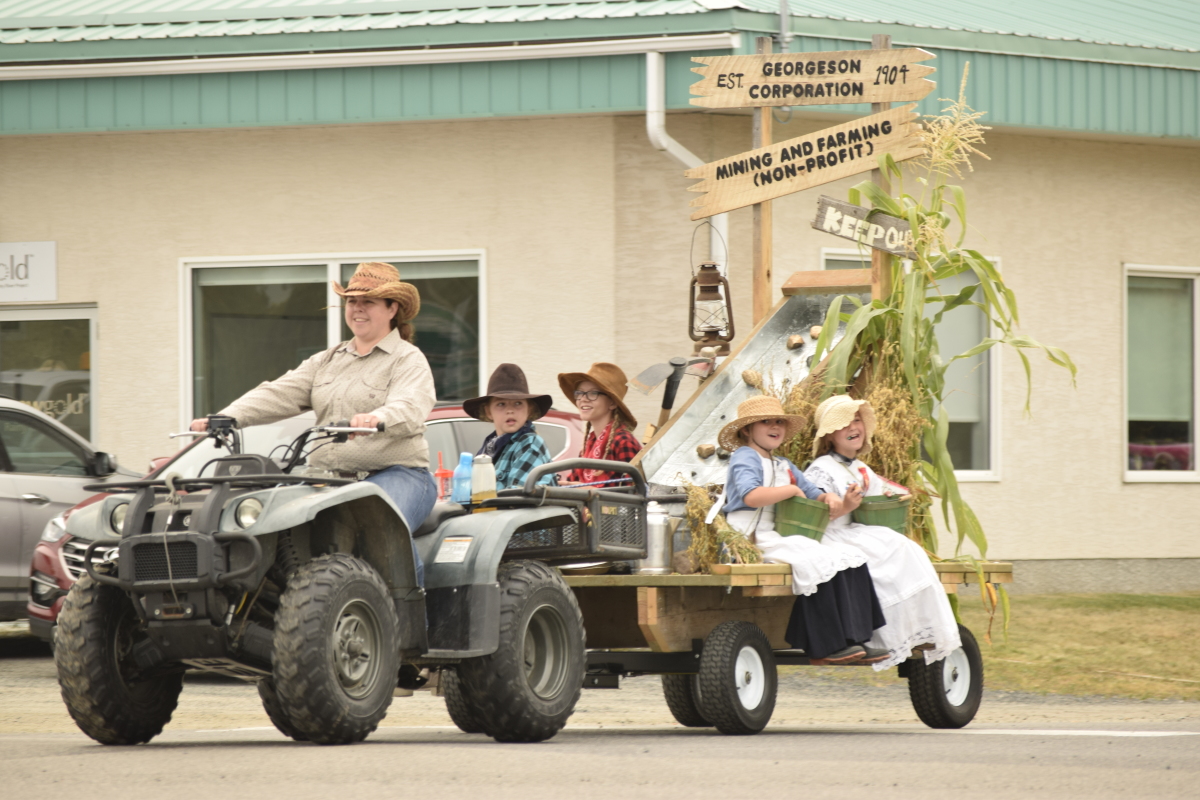 The Georgeson and Jonasson families had their float in the parade again this year, displaying their little bit of history to the fair parade theme “Join the Gold Rush: A Tribute to Gold &amp; Grain” on Saturday. Kalli Jonasson and Amy Georgeson sat on one side of the float as miners while Jana Jonasson and Victoria Georgeson were farmers on the other while hitched to a quad driven by Tammy Jonasson Flatt. The float was decorated in grain from a local farm and a sluice covered in “gold” rocks the girls had painted themselves. Rebecca Georgeson said the “Georgeson Corporation” sign is a tribute to her great-grandfather who, in 1904, homesteaded the Georgeson house that still is standing in the mine area today. She added a doctor from Emo always knew there would be a gold mine in the area, would tell her grandfather about it, and would go out and search for it (she’s unsure if any was actually found).