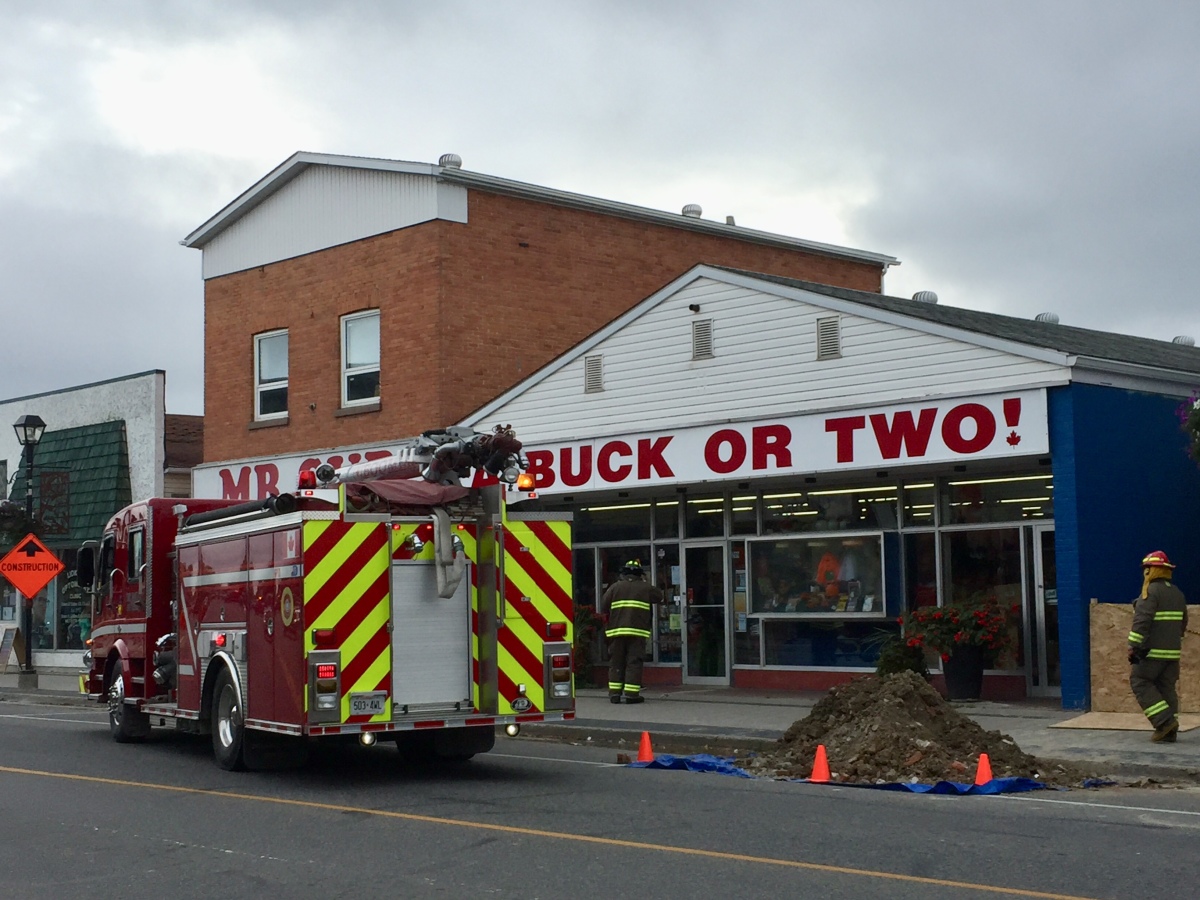 The 200 block of Scott Street had to be blocked off this morning, and A Buck or Two and CIBC on Scott Street evacuated, after a gas line was struck during an excavation near the bank. Firefighters had to test the gas levels in the buildings to make sure they were safe to go back into. The Fort Frances Fire and Rescue Service, OPP, and Union Gas responded to the scene. No injuries were reported.