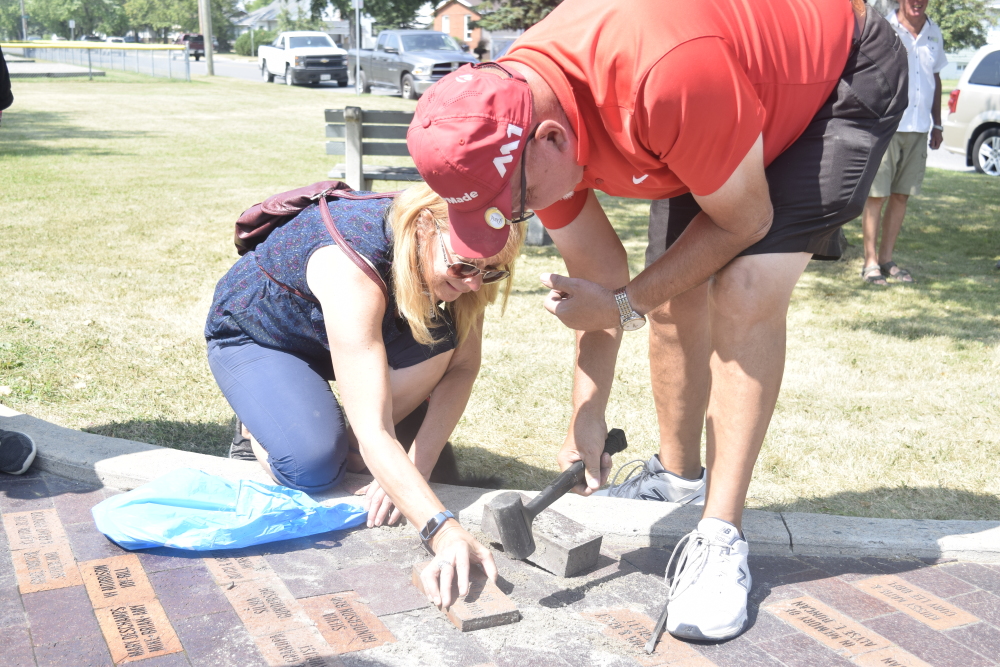 Dolores and David Beach installed a new brick in the Lions Park pathway around the fountain on Second Street East here during this year’s “Dandy Lion Festival” held yesterday afternoon. Nineteen new bricks were placed during the annual event, which also included live music and a barbecue. Brick can be purchased for $100, which will go to the Fort Frances Lions Club, which currently is raising money to replace the swing set at the park. Those interested can contact club member Paul Patterson at 276-0131.