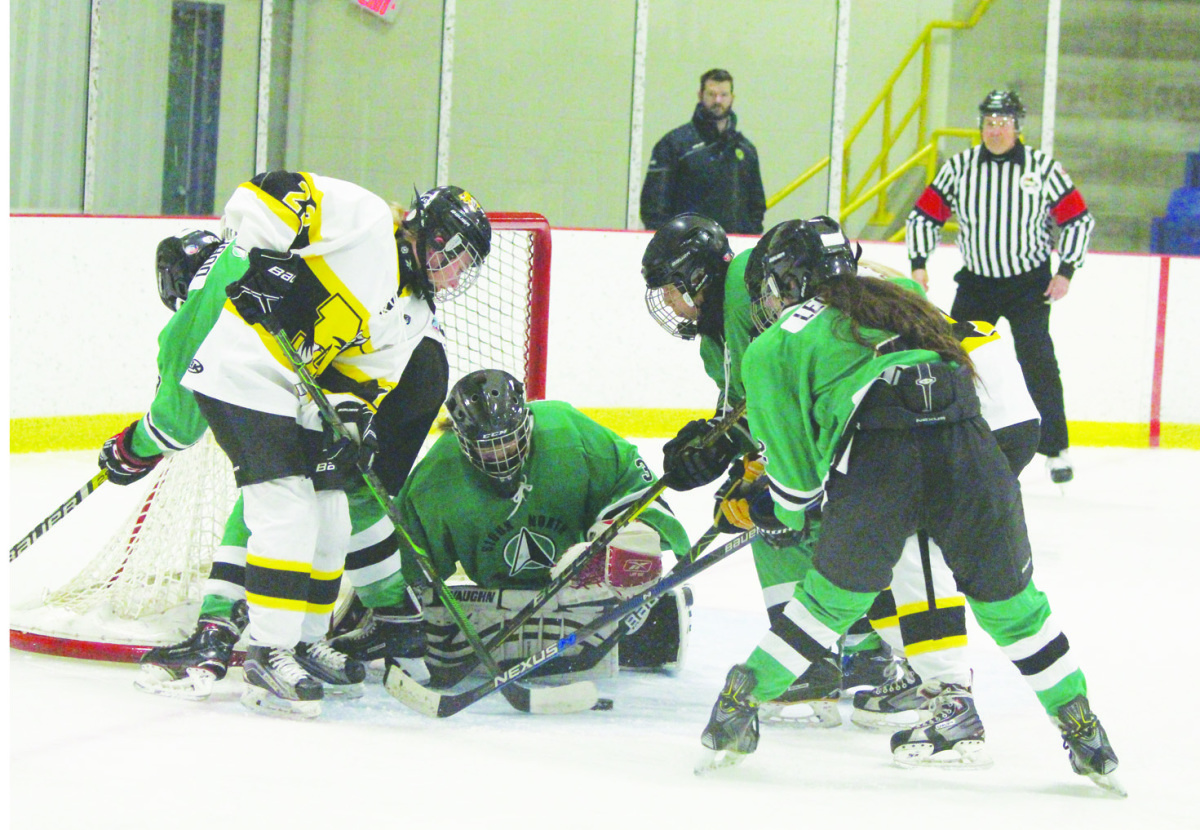 Tatum Glowasky crashed the crease and looked to beat her opponents to a loose puck in front of Sioux Lookout Warriors’ goalie Anna Wesley during the first period of the Muskie girls’ hockey team’s 3-2 overtime win in the opener of their best-of-three NorWOSSA semifinal series last Tuesday night at the Ice For Kids Arena. Both the Muskie girls and boys’ swept their respective semifinal series and now will face the St. Thomas Aquinas Saints (Kenora) in the league finals this week.