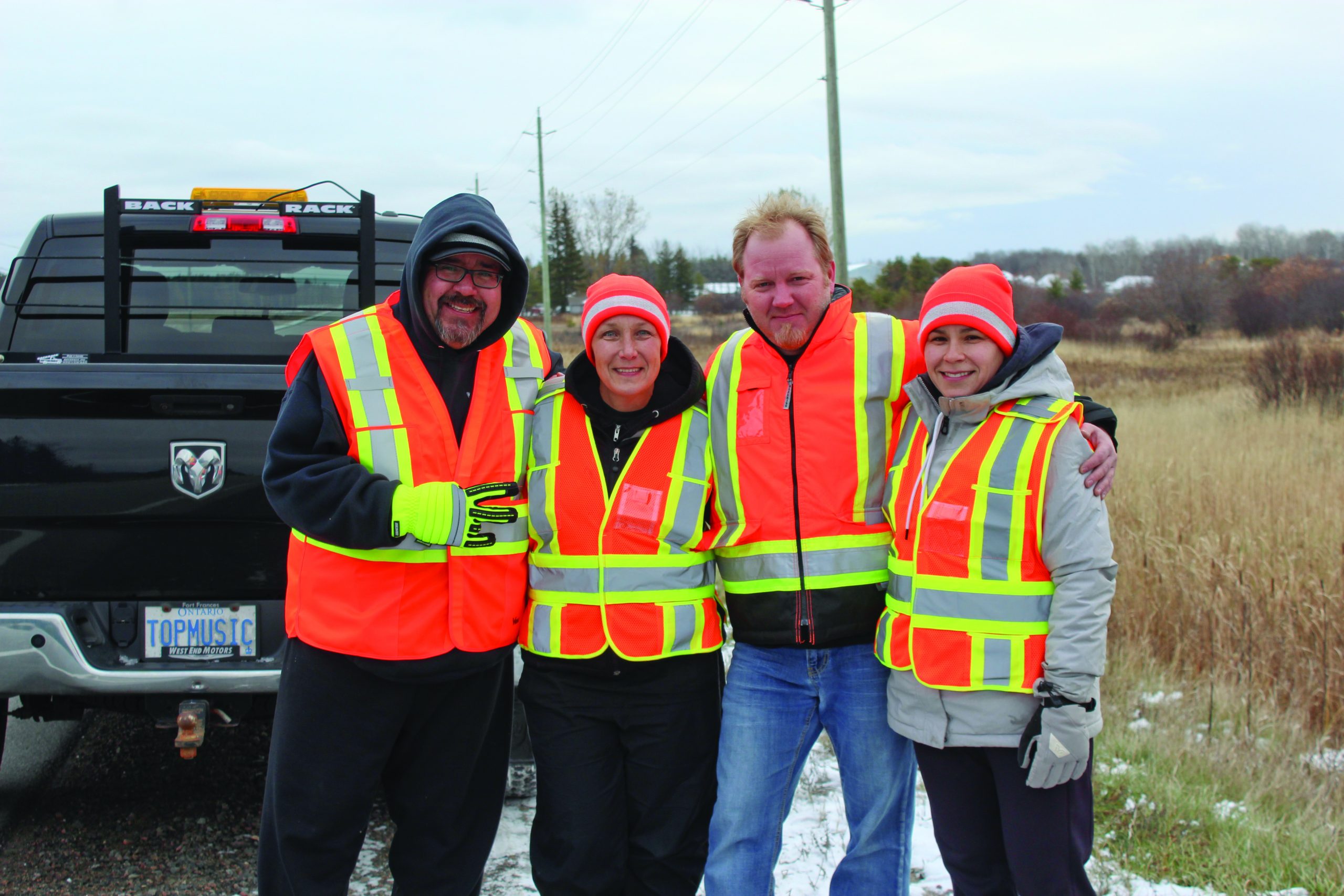 James Eastman, left, Sue Pelepetz, Cliff Pidlubny and Tanis Tom took a moment for a photo during Eastman’s charity Walkathon for Breast Cancer and Missing and Murdered Indigenous Women awareness event on Sunday. The group walked from Manitou Rapids to Fort Frances – a 35 km trek. Eastman is hoping to make the event an annual event. The group will be accepting pledges until midnight on Friday, October 30. (Not pictured but who also took part in the walk are Terry Major, Taleah Major and Haley Broadbent.) They are accepting e-transfer donations, at walk4breastcancer.mmiwg@gmail.com, or contact any of the walkers who took part. Eastman can be reached at 807-276-2332, or message them at the walk/run-a-thon for Breast Cancer/MMIWG Facebook page.