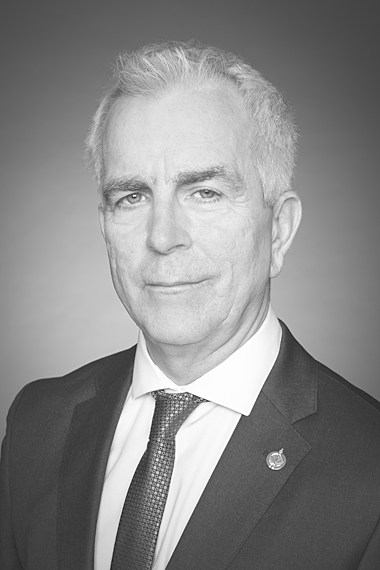 Homelessness is a growing issue, not just in Fort Frances, but also in the bigger metropolitan cities such as Toronto and British Columbia. There are numerous reasons that can lead to one ending up on the streets. But no matter the reasons, the result is one: homelessness, drugs, fear, uncertainty and a vague future.

Thunder Bay-Rainy River Liberal MP Marcus Powlowski said homelessness is a difficult problem that will not be solved by only providing them homes or a place to stay at night.

“There are a lot of people with psychiatric issues and substance abuse issues who are homeless and just like giving them a place to live is not necessarily the answer,” Powlowski said.

According to a study by Statistics Canada, in 2014, it was estimated that 235,000 Canadians experienced homelessness during that year. That is about 2.3 million Canadians aged 15 or more.

Those who reported an Aboriginal identity – either First Nations, Métis or Inuit – were more than twice as likely to have experienced hidden homelessness as their non-Aboriginal counterparts, according to the study by Statistics Canada.

Homelessness has been increasing in Fort Frances in the recent years, which led to Mayor June Caul and Councillor Andrew Hallikas sitting on a homelessness committee chaired by Jamie Petrin from the Rainy River District Social Administration Board.

The homelessness committee is working towards the goal of not only having a permanent shelter to host the homeless population all year round, but also have training and life skills programs in place.

The demand to have this shelter grew bigger when residents on Fourth St. West began complaining about the alleged sight of needles and human feces in their backyards.

Powlowski said he understands residents of Fort Frances not wanting a homeless shelter located around their residences.

“[But] at some point, somebody has to help these people out and I think a lot of people like to have the problem exist on somebody else’s neighbourhood,” Powlowski said. “There is got to be somewhere in town. Somebody is going to have to accept the fact that there is a shelter for homeless people close to them.”

Both the federal and provincial governments have been trying to improve the lives of the homeless population especially during COVID-19. The government of Canada pledged $157.5 million for Reaching Home: Canada’s Homelessness Strategy in order to help communities address the impacts of COVID-19 outbreaks among people experiencing homelessness.

However, continued funding from the government is a post-COVID society is still not clear.

On finding solutions to decrease the number of people that end up on the streets, Powlowski said achieving the middle-ground is how this can be achieved.

“In making decision, you weigh the risks versus the benefits, and there are benefits to taking drugs,” Powlowski said. “I have no doubt that if I was given some narcotics I’d love them. But I don’t want to get in that lifestyle where I’m dependent on narcotics. But there are benefits to doing drugs. You do it because you get some sort of satisfaction from it.”

Powlowski said he does not believe the route to end substance abuse is cracking down on those who use opioids and putting them in jail.

“I do not think that works. On the other hand, the other extreme where you kind of say ‘Let us give them the drugs and let us make it legal.’ I don’t think that being too nice to people in life isn’t always in the best interest. Similarly like with your kids. If you do everything to make kids’ lives wonderful, I think that is maybe not in their best interest,” Powlowski said.

“A lot of people have real sad stories to say and that is how they end up in these places,” Powlowski said. “I think we ought to be sympathetic to a lot of them but the right way to deal with it I don’t think is totally clear.”