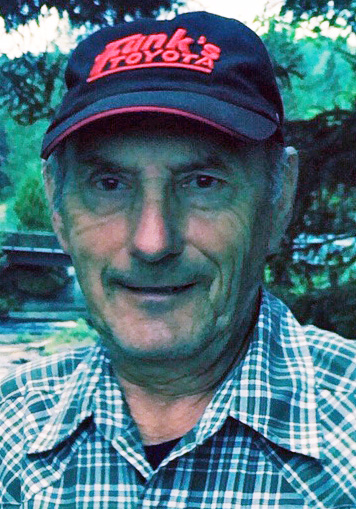 Lyle Edward Hyatt peacefully slipped away June 9, 2019 at La Verendrye Hospital in Fort Frances, Ont. at age 71.
Lyle was the born in Emo on May 24, 1948, eldest child of the late Robert W. Hyatt and Marie Hyatt (Canfield)(Mutz).
Lyle grew up south of Devlin on the family farm, where he learned his very strong work ethic. He enjoyed, and was proud of, the years he spent in 4-H and playing baseball and hockey for the Emo Legion.
After graduating FFHS, he worked in Sapawe sawmill for a short time then was hired on at the paper mill in Fort.
He was very active in his union, Papermakers Local 306, holding a few different executive positions, but mostly as financial secretary or treasurer. He retired as #7 Paper Machine tender on June 30, 2006 with 39 years and nine months service.
He was an ardent blood donor, giving 69 donations, until his medications put a stop to that.
We used to make a stop at the Red Cross donor clinic in Winnipeg on family trips to the city.
Lyle was involved in the Fort Frances Credit Union, on a few committees and attended as many annual meetings as he could, that slowed down after the bigger amalgamations.
Many people knew him from his Big Red Troybilt tiller, which he got plenty of use out of tilling gardens and talking every spring.
He kept many people gardening into their 80s, 90s and even one or two into their 100s. He would always have time to talk to the older folks and have a cup of tea.
He also taught (told) many younger ones how to garden. He would cruise the alleys to see who was keeping up with their weeding.
He was seen on the auction wagon many a Saturday, helping out. He really missed those days after Rod passed; auctions were just not the same. But he still found quite a few to attend and haul stuff home.
He enjoyed going to Emo Speedway and the fair. He took home a few ribbons over the years with our vegetables.
Lyle was very proud of his Senior of the Year award from Alberton Township. He was seen at almost every council meeting as a citizen; he always liked to know what was going on.
Since his dementia/Alzheimer’s diagnosis, Lyle biked and walked in his hi-vis, well over his 500 miles, picking cans and garbage from the ditches close to home on Hill Road in Alberton and Frog Creek Road.
He always said he got along great with little kids and animals, but Lord help a politician.
“Uncle” Lyle had many neighbourhood equine buddies, who came running to get the pocket full of apples and carrots he usually carried and he knew every dog by name within a few miles.
I am sure he is up there walking all the dogs and horses, that he had the pleasure of knowing in his lifetime.
Lyle was predeceased by his parents, Robert and Marie Hyatt; an infant brother, Richard; his in-laws, Arthur (Bud) and Berdell Erickson; and his grandparents and many aunts and Uncles and cousins.
He is survived by his wife of 43 years, Shelley (Erickson) Hyatt; daughter, Jessica Desjarlais (Dion); and son Luc Hyatt (Emiko).
Papa will also be remembered fondly by grandchildren, Justin, Daylan and Eden Desjarlais and Yukiko, and William and Jesse Ikari-Hyatt; siblings, Carol (Russel) Froome, Alvin Hyatt, Debbie Barrett, Doug Hyatt, and Lenny Hyatt; aunts, Maddie Gilbertson, Lillian Risley and Ruth Vey; sisters-in-law, Susan (Frank) Taylor, Sharleane Erickson (Bob Paterson), and Sandy Erickson (Irv Dyck); many nieces, nephews and cousins; and by his best little dog, Luna a.k.a. Meela.
As per Lyle’s wishes, there will be no funeral. His ashes will be placed (at a later date) in the Boxalder Cemetery across from the old family farm.
Northridge Funeral Home has taken care of cremation.
If friends so desire donations may be made to Alzheimer’s Society of Kenora/Rainy River Districts, La Verendrye Hospital Auxiliary, or the charity of your choice.