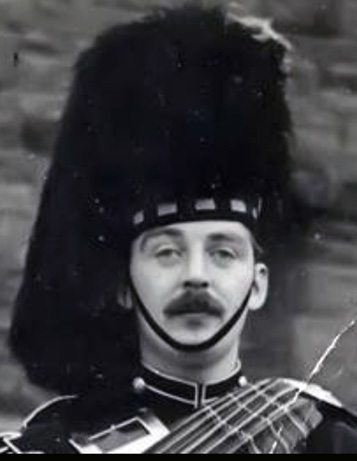 Jim was in the Scots Guard 1st Battalion Pipe Band for 13 years, serving in Italy, Cyprus and Egypt. He was married to June Bartram in September of 1949.

After he left the Army the family immigrated to Toronto, Canada to work in the prison as a guard.

In 1964 he moved the family to Fort Frances, Ont. where he served as the superintendent at the local jail. In the ’70s, he transferred to the Thunder Bay prison and then to the Correctional Centre.

Upon retiring, Jim and June moved back to Fort Frances where they have resided ever since.

He was predeceased by his mother, Margaret Ladbrook; his mother-in-law, Irene Bartram; and his son, Michael. Michael was born mentally challenged and Jim did volunteer work for the association that is now known as The Canadian Assistance for Community Living.

In lieu of flowers, donations may be made to the Riverside Foundation for Health Care or the Canadian Cancer Society.

As per Jim’s request, there will be no services.