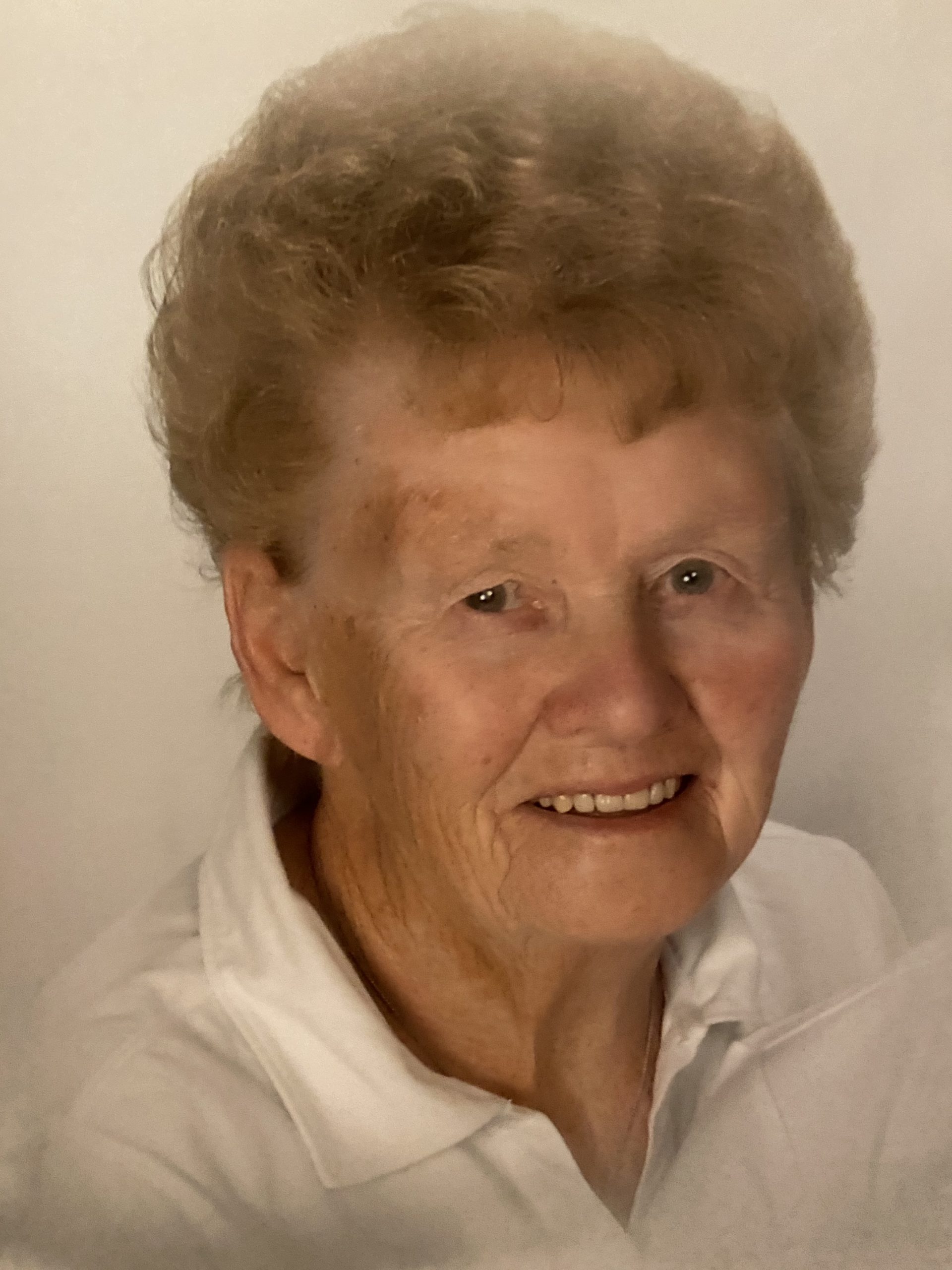 Mrs. Gloria Dorothy Fadyk (nee Jones), 95, a previous resident of Pioneer Drive, passed away peacefully Saturday, December 19, 2020 at Southbridge Pinewood Nursing Home.
Born, raised, and educated in Fort Frances, she was employed earlier by the O&M pulp and paper company and, after raising her family, became the local Sears store manager in Fort Frances for 14 years prior to retirement in 1985.
She was a lifetime member of Knox United Church in Fort Frances and after relocating to Thunder Bay in 2001 became a member of Harmony Knox United Church on Shuniah Street.
For many years she volunteered for the La Verendrye Hospital Ladies Auxiliary and Meals on Wheels in Fort Frances and later for Tamarack House while in Thunder Bay. She felt that it was important to provide company and comfort to individuals during a stressful time in their lives.
She enjoyed a long and happy marriage to John Fadyk, who preceded her in death on June 7, 2004. They travelled extensively (Hawaii was a favourite) and thoroughly enjoyed vacations with family. She is survived by five daughters, Karen (Ron) Cain of Thunder Bay, Ont., Susan Kolden of Edina, Minn., Janet (David) Lindberg of Calgary, Alta., Nancy (Richard) Ball of Winnipeg, Man., and Teresa Fadyk of Calgary; and her “favourite” son, John (Teresa) of Calgary. Also surviving are nine grandchildren and 13 great-grandchildren, as well as several nieces, nephews, and other relatives.
Gloria was a dedicated mother who treasured her children and embraced every moment she could spend with them. She was always available to provide words of encouragement, wisdom and comfort and gave us something to pass down to our children. She especially loved her role as Baba. She had a quiet and gentle personality and enjoyed the company of her friends and neighbours.
We will always remember (and have the recipe for) her chicken noodle soup with homemade noodles. This was always waiting for us when we arrived home for a visit. She also had a flair for baking and we loved her homemade donuts and cinnamon buns.
Gloria was predeceased by her parents, Henry H. and Bess Jones; three sisters – Alyce Norcross, Eleanore Drucks and Mildred Anderson; as well as one grandchild – David Dupuis, previously of Calgary. She was also predeceased by her special little white fluffy companion – Keri.
Cremation has taken place. Due to COVID-19 restrictions, both a memorial service in Thunder Bay at Harmony United Church and the interment of the ashes in Riverview Cemetery in Fort Frances, will occur at a later date.
As expressions of sympathy, in lieu of flowers, donations may be made in Gloria’s memory to the Northern Cancer Fund found online at:   https://www.healthsciencesfoundation.ca/northern-cancer-fund or to the charity of your choice.
Condolences may be offered at www.harbourviewfuneral.ca