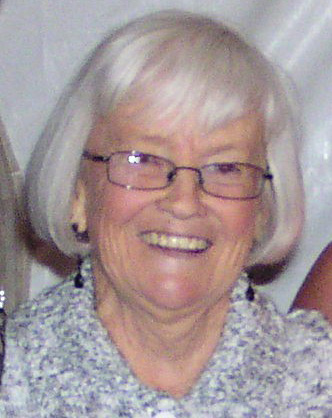 It is with great sadness that the family of Bonnie May Watson, announces her passing on Saturday, June 29, 2019 at La Verendrye General Hospital with family by her side. Bonnie had a long battle with many health issues and fought through them with mighty courage and a forever optimistic attitude until her last day at the age of 89.
Bonnie was born on May 2, 1930 to Sandy and Nellie McFayden and was the youngest of eight children. She met Gordon Watson as a young woman and they were united in marriage on Oct. 19, 1949. They lived in Fort Frances all their lives where they raised three children.
Bonnie devoted her life to her family and was always there to lend her support in any situation. She loved having her family around and spent many summers enjoying her grandchildren and great grandchildren swimming in her pool, which was one of her favourite places to be.
Bonnie was an avid bridge player and enjoyed many years with her bridge club friends.
In later years, she took her love of bridge to the Senior’s Centre where she played on Wednesdays and helped others learn the game.
Bonnie was also a volunteer worker at the Senior’s Centre for several years.
She was a long time member of the Presbyterian Church where she was an elder. She loved working on her crosswords puzzles and playing games on her iPad.
She was predeceased by her parents, Sandy and Nellie; husband, Gordon; and her five sisters and two brothers.
Bonnie leaves behind her children, Carla (Randy) Krawchuk, Rick (Lorraine) Watson, and Sherri (Frank) Redford; grandchildren, Terry Krawchuk, Tana (Mike) Mann, Allison (David) Blake, Jennifer (Colin) LeBlanc, Lauren and Kristen Watson; and great-grandchildren, Nolan and Ainsley Mann, Jayla, Cassie and Gunnar Krawchuk, Kaden and Kyler Blake, Anna and Emily LeBlanc.
She will be greatly missed by her dear friends, Marg Kircher and Rhoda Dixon.
Cremation has taken place and a private family interment will be held.
If friends so desire, in memoriam donations may be made to the Heart and Stroke Foundation, 11-1525 Carling Avenue, Ottawa, ON, K1Z 8R9 or the Kidney Foundation of Canada, 310-5610 Decarie Blvd., Montreal QC, H3X 2H9.
Online condolences may be made in care of www.greenfuneralhomefortfrances.com.