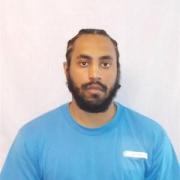 (Couchiching) On Thursday, Oct 8, members of the Treaty #3 Police Service’s Street Crime Unit conducted an investigation into the sale of controlled substances on the Couchiching First Nation, resulting in two people being charged with several offences and a search warrant being executed on a residence on the community.

Members of the service are reporting that officers seized Cocaine, Oxycodone, Hydromorphone, Heroin, Canadian Currency and items related to the sale of controlled substances, with an estimated street value exceeding $5,000.

As a result of the investigation, the individuals, aged 29 and 40, of Couchiching First Nation, are facing several charges, including multiple counts of possession of a controlled substance for the purpose of trafficking, possession of property obtained by a crime, flight from police, dangerous operation of a motor vehicle, assault police and resisting arrest.

With the growing concerns of illicit drugs in the First Nation Territories, the Treaty Three Police Service is mandated to identify local community drug dealers, investigate their illegal activities and lay appropriate charges.

The public is asked to contact Treaty Three Police Service with any information regarding the sale of illegal and controlled substances or contact Crime Stoppers at 1-800-222-8477 (TIPS).

(FORT FRANCES) – As part of regular patrol efforts, officers of the Rainy River District Detachment of the Ontario Provincial Police charged two drivers with Impaired Driving offences over the weekend.

On 17 October 2020, at 1:21 am, a 41 year old man from Couchiching First Nation was charged with Impaired Operation of a Motor Vehicle after officers observed his vehicle drive over the centre line. As a result of the police investigation, his vehicle was impounded. He was also charged with Drive Vehicle with Cannabis Readily Available. He was later released and scheduled to appear in Fort Frances Provincial Court.

Later the same day, at 11:14 am, a 62 year old Barwick man was charged with Impaired Operation of a Motor Vehicle after police were alerted to a vehicle weaving all over the road and narrowly avoiding a collision with another oncoming vehicle. As a result of police investigation, his vehicle was impounded. He was later released and scheduled to appear in Fort Frances Provincial Court

Impaired drivers pose a significant threat on Ontario roadways. The OPP is committed to reducing impaired driving through local patrols coupled with specific initiatives such as directed patrols and R.I.D.E programs.

The OPP have seen a dramatic increase in Motor Vehicle Collisions. With snow arriving police would like to ask people to take their time, plan ahead, and drive carefully in order to get to your destination safely.

On Friday October 9, 2020 at approximately 1:16 p.m.  members of the Rainy River District Detachment of the Ontario Provincial Police (OPP) responded to a report of a camper trailer that had been burned to the ground. The camper trailer was located on Charles Road adjacent to Cedar Narrows Road in Unorganized Township.

The investigation into the cause of the fire remains ongoing and police are asking anyone with information regarding this incident to contact the OPP toll free at 1-888-310-1122.

(Atikokan) The province’s Special Investigations Unit is investigating the circumstances surrounding the death of a 37-year-old man in Atikokan Sunday night.

Preliminary information suggests that at approximately 6:30 p.m. on October 18, 2020, two Ontario Provincial Police officers with the Atikokan detachment observed the man on Mercury Avenue East in breach of a condition of judicial release from custody. After a brief struggle, the man was arrested and taken to the police detachment where he was lodged in a cell. Approximately 1.5 hours later, the man was observed to be in medical distress. First aid was performed, and Emergency Medical Services transported the man to hospital. The man was pronounced deceased at 10:52 p.m.

Two investigators and one forensic investigator have been assigned to the case. A post-mortem took place in Toronto yesterday.

The SIU is a civilian agency that investigates reports involving police where there has been death, serious injury or an allegation of sexual assault. Under the Police Services Act, the Director of the SIU must consider whether an officer has committed a criminal offence in connection with the incident under investigation; depending on the evidence, lay a criminal charge against the officer if appropriate or close the file without any charges being laid; report the results of investigations to the Attorney General.

(KENORA, ON) Members of the Kenora Detachment of the Ontario Provincial Police (OPP) arrested a person in relation to three Break and Enters and a Robbery.

On Thursday October 16, 2020 Police responded to three separate Break and Enter calls in the North End of Kenora. Police attended but were unable to locate the person described.

On Friday October 16, 2020 the Kenora OPP was dispatched to a report of a stolen vehicle. Police were advised that an altercation had taken place resulting in a vehicle being taken without the owner’s consent.

The OPP responded immediately and located the vehicle which fled from Police. The vehicle was located a short time later with the driver nearby who was taken into custody.

As a result of the investigation a 32 year old Prince George B.C man has been charged with: Flight from Peace Officer; Dangerous Operation; Break, Enter a place-commit indictable offence; Robbery with Intent and 3X Unlawfully in a Dwelling House.

(MARATHON, ON) – On October 16, 2020 at approximately 8:14 am officers from the Marathon Detachment of the Ontario Provincial Police (OPP) responded to a motor vehicle collision on Highway 614, Unincorporated Township, approximately 33 km South of Manitouwadge.

A motor vehicle (pickup truck), travelling southbound lost control on the slippery, slush covered highway, rolled over and came to rest in the ditch. The driver of the pickup truck was pronounced deceased at the scene and the passengers were taken to Manitouwadge for medical treatment.  The deceased has been identified as Kobe Rochon, 22 years old of Manitouwadge.

Manitouwadge Fire Department and Superior North Emergency Medical Services (EMS) were on scene to assist with the investigation.

(RED LAKE, ON) – On October 17th, 2020 at approximately 6:04 a.m., officers from the Red Lake Detachment of the Ontario Provincial Police (OPP) were advised of a motor vehicle that had been stolen from a residence within the Municipality of Red Lake.

Through the investigation, the suspect was located, placed under arrest & returned to the detachment for further tests.

As a result of the investigation a 27 year old Red Lake man was charged with: 2x Operation while impaired – alcohol and drugs; Theft of a Motor Vehicle; Driving while under suspension.

He was released by way of Undertaking for Red Lake court.

The OPP is committed to safety for all who utilize Ontario’s roadways. Members of the public are urged to report Impaired Driving by calling 911 in emergency situations. Complaints of impaired, aggressive or careless driving can also be made by calling 1-888-310-1122.

(TORONTO, ON) – The Repeat Offender Parole Enforcement (R.O.P.E.) Squad is requesting the public’s assistance in locating a federal offender wanted on a Canada Wide Warrant as a result of his breach of Statutory Release.

The offender is known to frequent the Toronto, Kingston  and Thunder Bay areas.