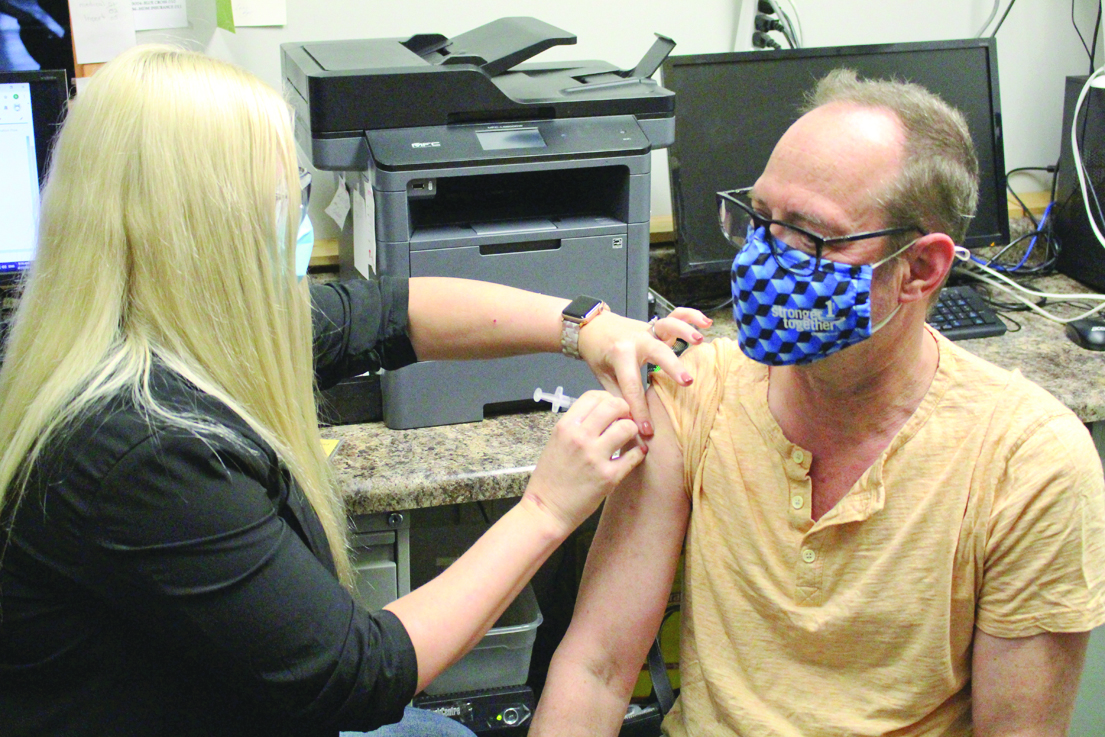 Pharmasave in Fort Frances will be administering 100 new doses of the AstraZeneca vaccines today.

After these vaccinations are given today, there will be about 300 residents in Fort Frances who received their AstraZeneca vaccines after Pharmasave administered the 200 doses on Friday and Monday.

Ashley LaFreniere, assistant at Pharmasave, said they get an extra dose with each vaccination vile, so they will have about 130 vaccines ready to be used.

Last week there were 500 names on the waiting list waiting for the call, however, LaFreniere said a lot of them cancelled when the province allowed those born in 1961 to register for the Moderna vaccines using the provincial booking system.

“Some did call us,” LaFreniere said. “And then some we found out as we were calling people to get set up for appointments and they told us that they already had an appointment.”

Despite the cancellation, LaFreniere said, no doses went to waste.

LaFreniere said 300 people out of the 500 who were on the waiting list had appointments with the health unit.

Right now, there are just over 200 individuals who are waiting to get called to set a vaccination appointment with Pharmasave.

In total, 769 names made the waiting list at Pharmasave, including those who cancelled, those who already received the vaccine and those waiting to get the vaccine.

LaFreniere said she also ordered some vaccines for next week, but does not know when they will arrive.

Of the 269 people who got the AstraZeneca vaccine were between the ages of 55 and 65, LaFreniere said.

“We did have some that were older than that, but that was kind of like our sweet spot,” LaFreniere added. “We did get people in who were in their 70s, even 80s. But the majority of the people that we did vaccinate were between 55 and 65.”

Pharmacies across Ontario are given the AstraZeneca to help alleviate the stress on the health system.

“[The province] is trying to get as many Moderna and Pfizer vaccines into patients as possible,” LaFreniere said. “Pharmacies are using the AstraZeneca to help get people vaccinated quicker.”

There is not a specific reason as to why residents opt to get the AstraZeneca vaccine, LaFreniere said.

However, one reason was that although residents had their vaccines booked through the health unit, they could not wait until the end of the month, LaFreniere said, so they opted to get it at Pharmasave.

“Also, some people, for whatever reason, couldn’t book through the health unit, whether they were a little bit too young, or the health unit just didn’t get enough doses for them,” LaFreniere said.

LaFreniere said she appreciates the patience residents have.

“When we were having technical issues in the morning, everybody was very patient with us,” LaFreniere said. “We were able to get through everybody at a decent speed. We’re a little bit slow to start, but we just want to thank everybody’s patience support, and we hope to help everybody get vaccinated.”

If you are 55 years old or older and wish to get your AstraZeneca vaccine, you can walk in to Pharmasave and put name down or call them. Pharmasave will ask for your name, date of birth and phone number in order to give you a call when they have more doses ready.

The Northwestern Health Unit also is now administering Moderna vaccination for those who were born in 1961 or earlier.