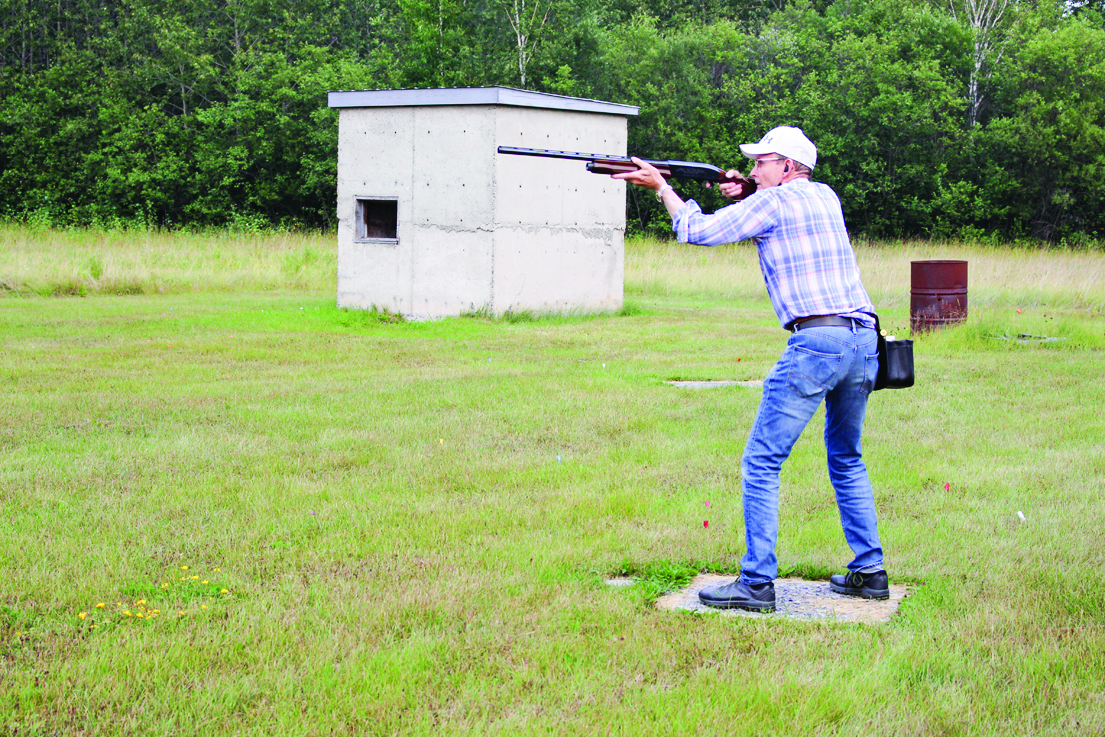 Brad McRae, a renowned skeet shooting champion, made a visit to Fort Frances where he shot at the Sportsmen Club range.

McRae left town in the early 1990s, and it was not until 1998 that he started shooting recreationally with friends in Ottawa.

“After I graduated from university, one of the guys I worked with was a member at the local skeet club,” McRae said. “He knew I grew up fishing and hunting. He invited me out to the club in Ottawa and I got right into it. It’s not a full time job by any stretch. It’s not a profession. It’s a hobby.”

McRae has been involved in the skeet shooting world championships for about 12 years now, competing nationally and internationally.

Some of the places McRae has been to for competitions and championships include Upstate New York, PEI, B.C., Quebec and Texas.

“In the last several years, I’ve gone to Texas for the World Championships,” McRae said. “That’s probably the most exciting trip I make each year.”

During McRae’s stay, he visited the skeet shooting range in Fort Frances where he held a clinic with local skeet shooting champions and a few teenagers in order to provide instruction and guidance.

Brockie said more people are trying out skeet shooting every Tuesday evening, adding that the club is doing a shoot-off on Sept. 11.

McRae said he is urging everybody to give the sport a try.

“I brought lots of people out and nobody has ever left without a big smile on their face,” McRae said. “Some people want to try it once and say they’ve done it, others really get interested in this area. Every club I’ve ever been to will have someone like Ted [Brockie] who’s doing everything he can do to encourage new people to try it.”

It is also a very safe sport, McRae said, adding that there are strict rules in place to ensure eye and ear protection when firing targets.

“Every club has safety rules and precautions in place,” McRae said. “When we are shooting, there are five people walking around with guns but the only time there’s ever ammunition in one of the guns is when they’re on the station getting ready to shoot. Otherwise, ammunition is never anywhere close to the gun. It is a safe sport.”

McRae added that one of the sports he is involved with is the Ontario Summer Games, where they hold skeet shooting events. He said they rate each game on the safety level and skeet is the safest.

“For example, in basketball there are sprains and fractured ankles,” McRae said. “Those are judged as a more or less safe sport. [Skeet’s] reputation is very, very good, safety wise.”

Brockie said the sport is not for any specific age group, adding that the club will have a ladies shoot on a future Saturday. Interested ladies can contact Brockie.

McRae said he enjoyed his visit and wishes to spend more time in town.

“It’s pretty cool to come and share what I know with the others who grew up here just like I did,” McRae said. “I would encourage everyone to come out and give it a try. The group here is excellent. They are very welcoming. They’d love to have more members. If you ever thought about doing it and the time is right, come out and try it.”