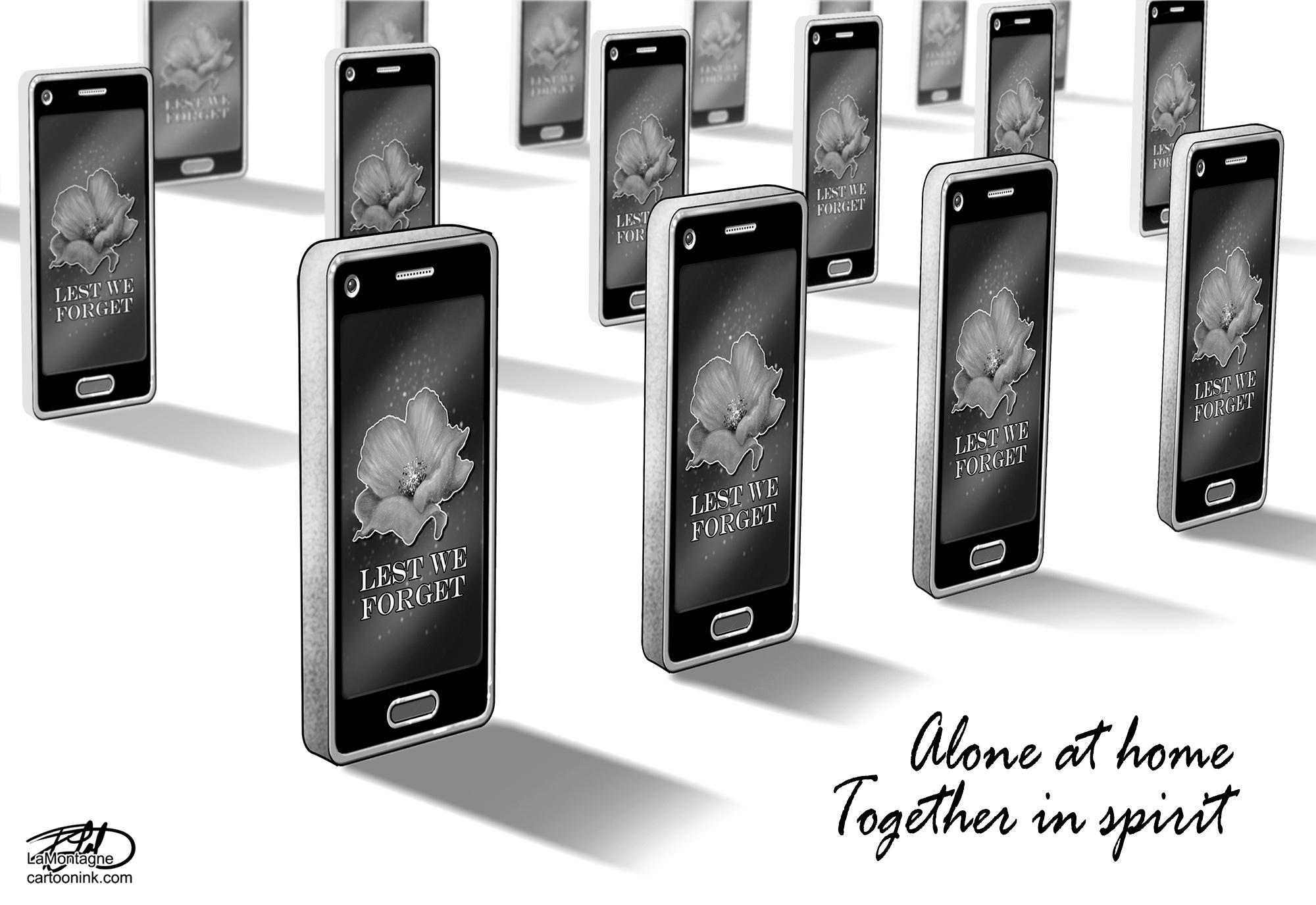 With Remembrance Day here, we often think of what we owe our veterans. Generations before us fought and died to give us a free and peaceful society, with democratic elections and the freedom to disagree.
They paid the ultimate price for our freedom. But they didn’t pay the full cost. The balance owing must be paid by us, in the care we take to keep our democracy functioning.
We all watched over the past week what can happen when a democracy isn’t nurtured. When politics gets in the way of government, and groups place themselves higher than the greater good.
Regardless of which direction your political leanings are, the U.S. election is a cautionary tale for Canadians – decorum on this side of the border is sliding down the same hole. Names are hurled in parliament itself, like Neanderthal, or the s-bomb, or members being elbowed in fits of frustration. That distance between the two sides of the House of Commons being “two and a half sword lengths” seems more important now than ever. And in the general public, words like “Libtard” or “Snowflake” are tossed around to describe the left, while anyone right of centre is automatically painted as a white nationalist or a racist. Regional divides and western alienation have also escalated, leading to a Wexit movement in the western provinces.
Politics in our country aren’t a fight for the hearts and minds of the nation. Instead, it’s a fight to polarize voters, and to mobilize supporters. It might be an easy way to guarantee votes, but the by-product is an “us versus them” mentality, and a climate of mistrust. Conservatives are scary and have a hidden agenda to strip away rights; Liberals are corrupt and obsessed with their entitlements. These aren’t healthy debates over ideas; they’re personal smears, aimed at vilifying our own citizens.

These caricatures may mobilize a base, but what happens when it’s time to govern? The venom and wounds fester and infect our government, hindering its ability to function. We want our politicians to work together, but how can they without looking like hypocrites? Instead, the fight continues in our legislative bodies, with good ideas thrown out just because they come from the wrong side of the aisle.
In the U.S., the mistrust and division has come to a head this week. With just a suggestion of fraud, an armed and frenzied base is calling for martial law in some state capitals. This wouldn’t be at all possible in a climate of mutual respect.
Hopefully, president-elect Joe Biden can made good on his promise to bring back decency, unity and cooperation to his country. And hopefully, we on this side of the border can follow suit, before it’s too late.