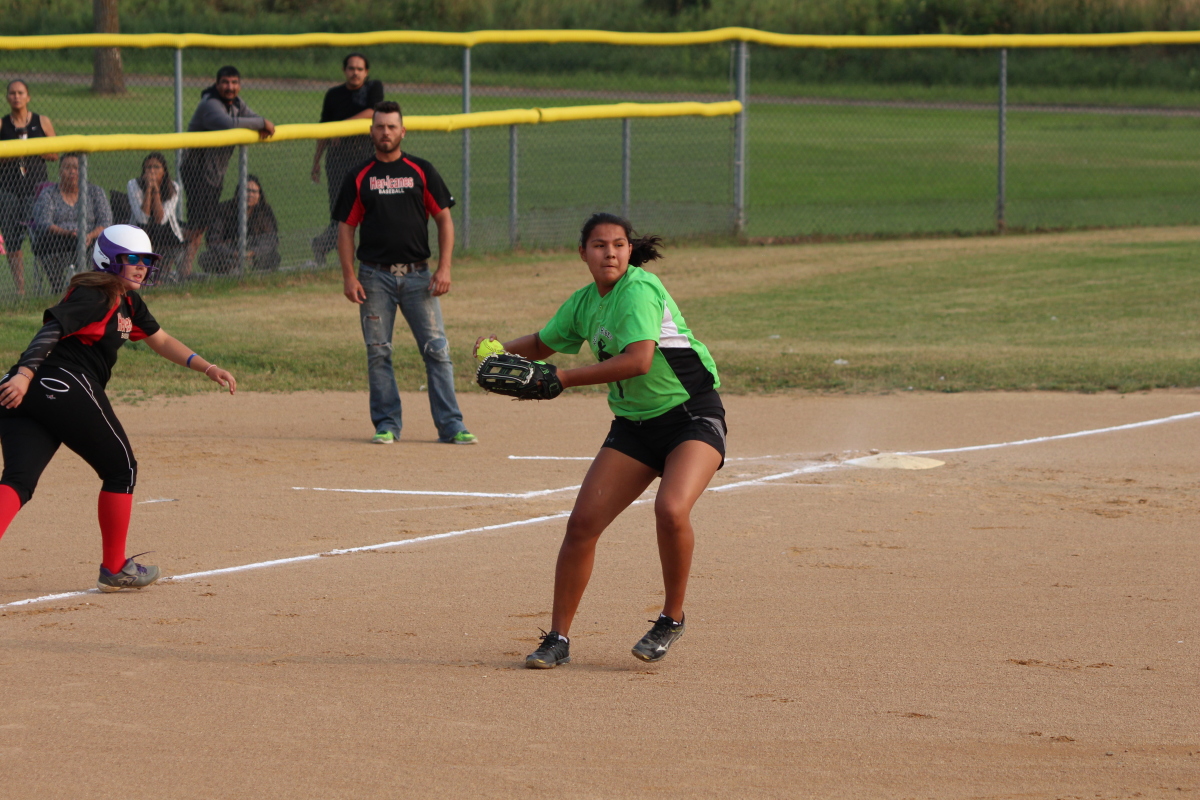 Red Gut Babes’ third baseman Syd White looked to unleash a throw across the diamond to first base to record an out after fielding a soft grounder during her squad’s 12-4 loss to the Fort Frances Her-icanes in the Rainy River District Women’s Fastball League final Monday evening at VanJura. It was the Babes’ second championship loss to the Her-icanes, previously falling to them in 2016.