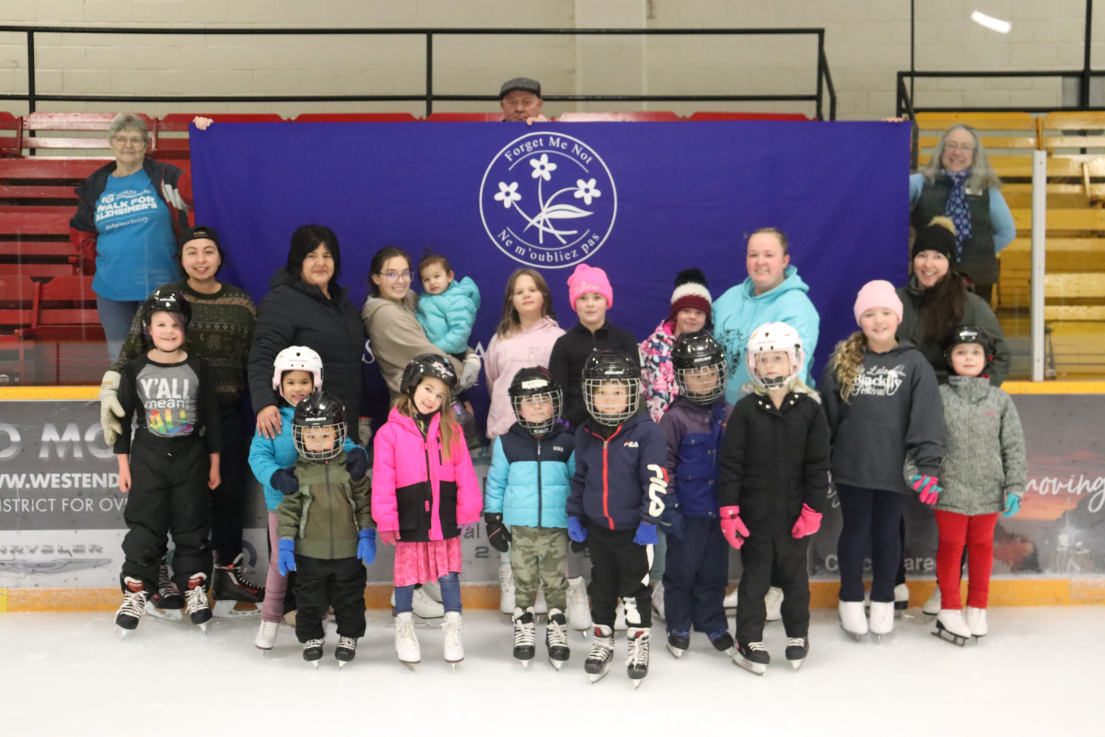 Members of the Alzheimer Society of Kenora-Rainy River and the Border Skating Club joined forces on Sunday, January 15, 2023 for the Skate for Alzheimer’s event that saw communities across the country take to the ice to help raise awareness of Alzheimer disease and other forms of dementia.

Accorind to the Alzheimer Society, the event stems from Kingston, Ontario, where mailman and marathon skater Steve McNeil held another marathon skate session he has named “The 1926 National Skate Day for Alzheimer’s.” McNeil has said that the event is in memory of his mother, who was born in 1926 and died of complications of the disease. In order to honour her, McNeil decided he would skate a marathon in Kingston on January 14, and invited skaters across Canada to hold 100 parties to join him and help spread the word, as well as donate $19.26 to their local Alzheimer Society.

McNeil said his plan was to take to the ice at 12:01 a.m. on January 14 and skate until 7:26 p.m. In the past, McNeil has skated in all kinds of temperatures and weather conditions, and has skated in all seven of the Canadian NHL cities and many of Canada’s most famous outdoor rinks, including Founder’s Hall in Charlottetown, P.E.I., the Emera Oval in Halifax, N.S., the Olympic Plaza in Calgary, Alta., Toronto’s Nathan Phillips Square and at the Forks in Winnipeg.

While skaters in Fort Frances didn’t partake in a nearly-20-hour skate themselves, members of the Border Skating Club still honoured McNeil’s efforts by strapping on their blades and doing some rounds on the 52 Canadians Arena on Sunday afternoon.

For more information about McNeil and his skates, visit www.1926Skate.com. To learn more about Alzheimer’s disease and other forms of dementia, contact the Alzheimer Society of Kenora-Rainy River at 807-468-1516.