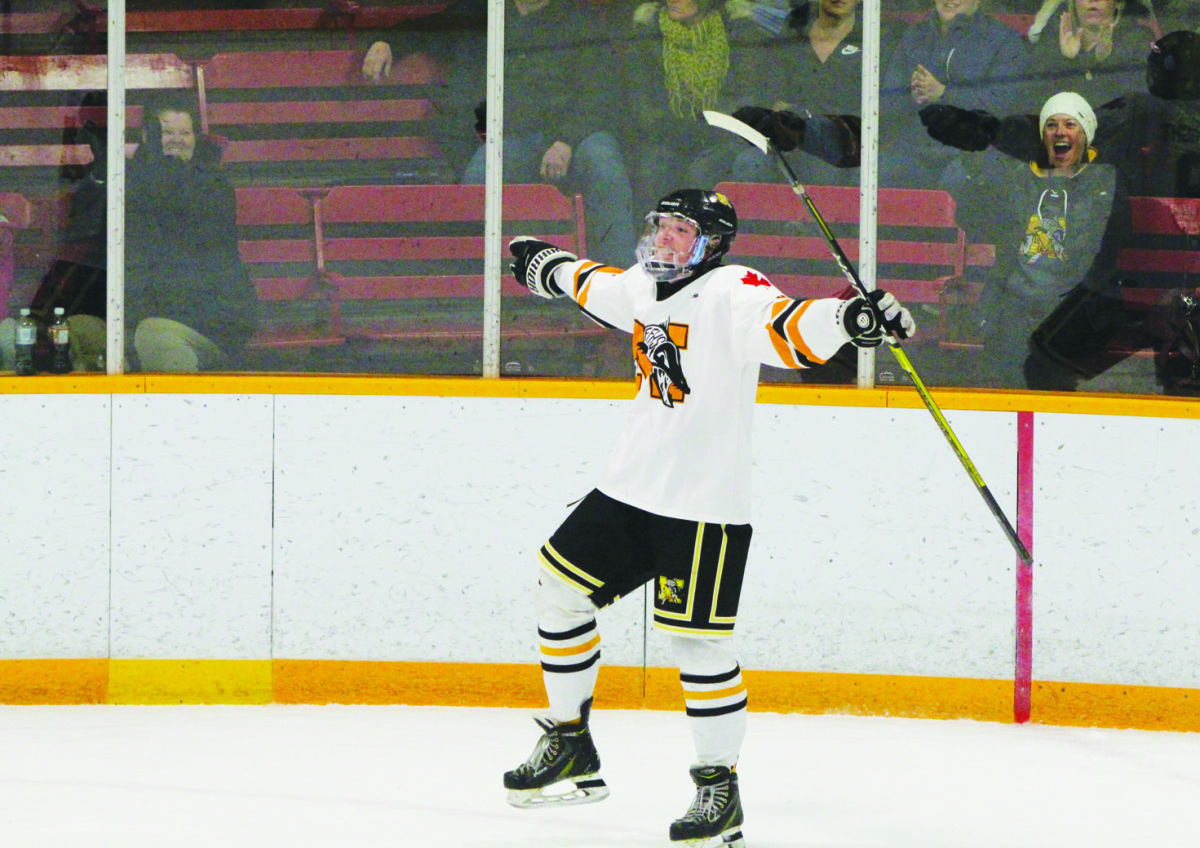 Left, Jacob Albright called the series as over as he motioned to the crowd after scoring an empty-netter to seal the Muskie boys’ hockey team’s 6-3 win over the St. Thomas Aquinas Saints (Kenora) in the third-and-deciding game of the NorWOSSA final last night at the ’52 Canadians’ Arena. Right, It was all smiles and cheers as members of the Muskie boys’ hockey team lifted the championship trophy with jubilation. It was the first league title for the Muskies since 2017, who now advance to the OFSAA ‘A/AA’ boy’s hockey championship.