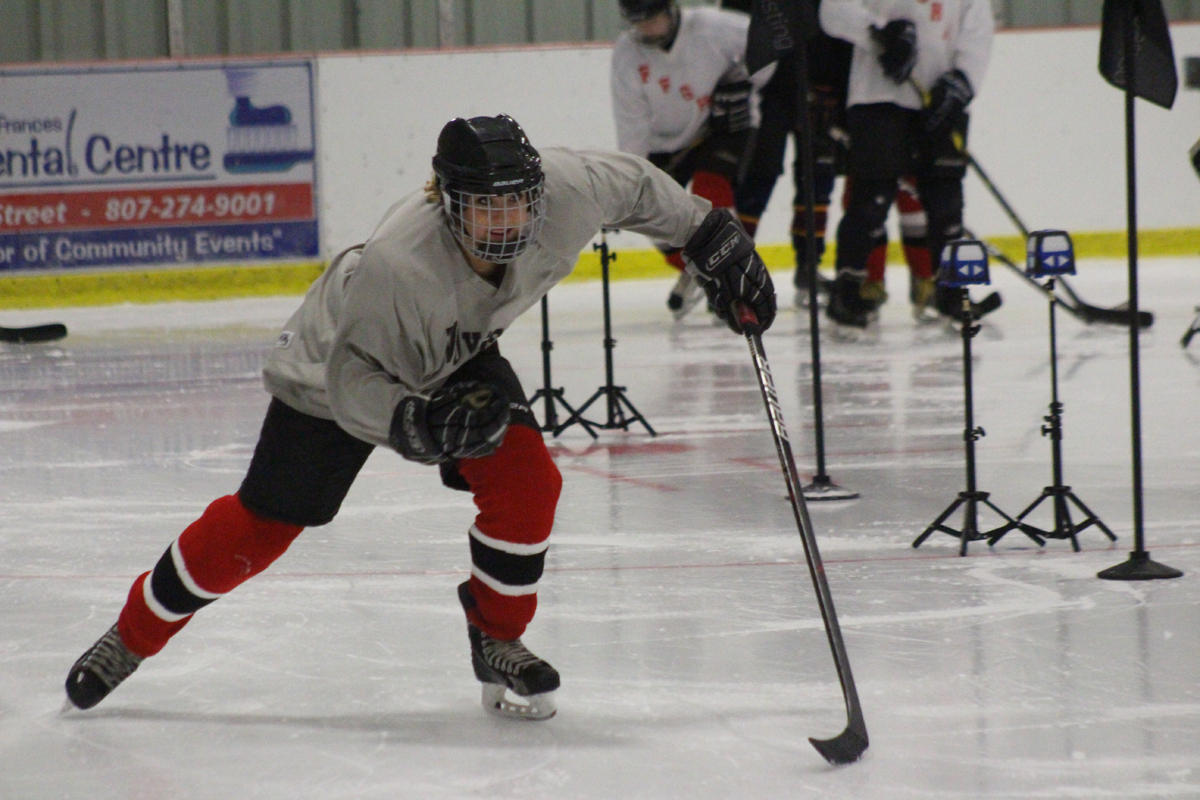 Hailey Clendenning was on a mission of motion as she sped her way through the RISE skill testing program held yesterday at the Ice for Kids Arena. The program, which was put on by former Borderland Thunder defenceman Kyle Prystupa with assistance from former NHLer Andrew Murray, made up the final day of activity for the Fort Frances Minor Hockey Association’s Development Week. The pre-season camp was co-created by Clendenning’s father, Scott Clendenning, and longtime local hockey coach Brent Tookenay.