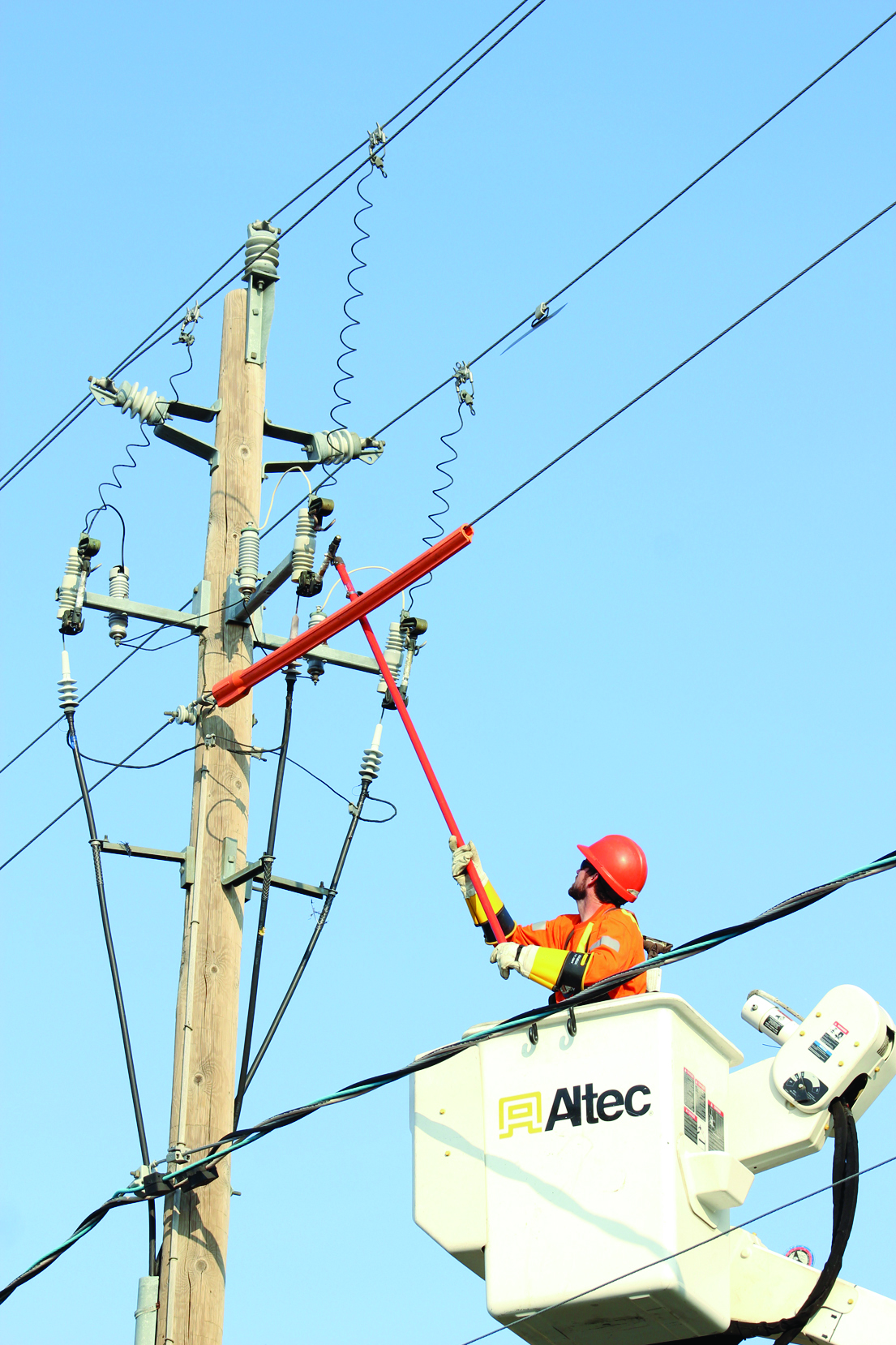 Fort Frances Power Corporation (FFPC) was on the scene behind the Fort Frances Times building yesterday to reset a blown fuse cutout that was affecting power in the area. Members of the public in the area of Mowat Ave. and Second Street might have seen or heard the small explosion from the fuse blowing just before 8 a.m.. Times and FFPC staff eventually discovered the source of the power disruption was a bird that had pecked at the fuse, likely from an adjacent wire, completing a circuit that had calamitous effect. FFPC was quickly on scene and power was restored within the hour.