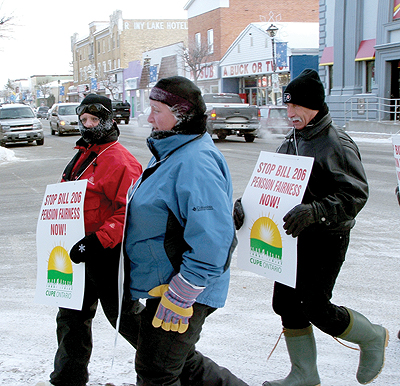 Local CUPE members braved the frigid cold and marched down Scott Street on Friday in protest of the provincial government’s plan to pass Bill 206 in coming weeks, which will revise the Ontario Municipal Employees Retirement System (OMERS). CUPE members across the province participated in the event in an effort to get the McGuinty government to reconsider the plan. The union has threatened a province-wide walk out when the bill comes to final reading in the legislature.
—Melanie Béchard photo