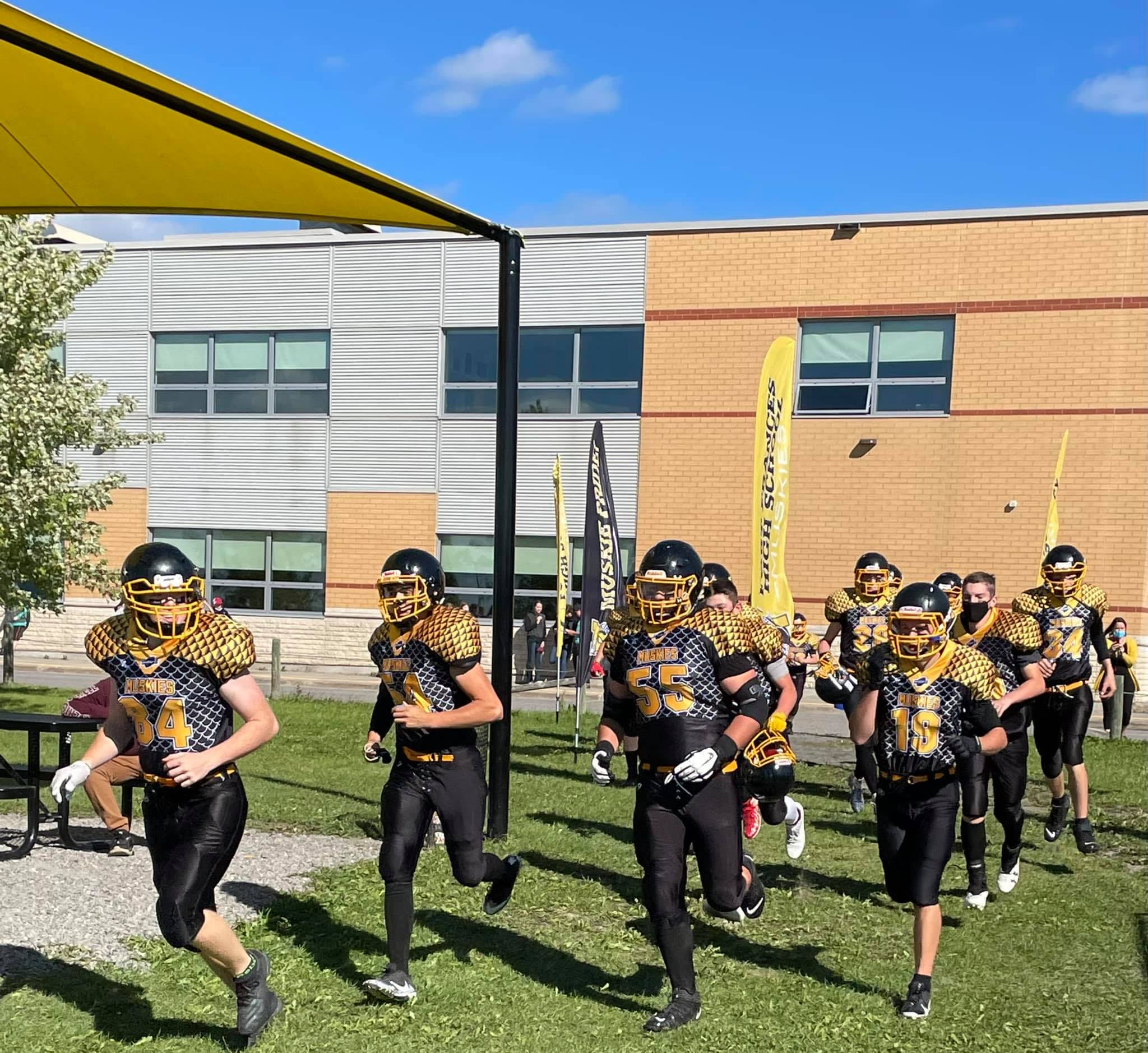 Football has returned for the 2021/22 year, with a new Muskies team hitting the field on Friday for their season opener. They lost to the eagles 20-8, but the coaching staff is impressed with the potential of this year’s team. The Muskies will get their chance for redemption when they take on the Eagles in Dryden on October 8. The next game on home turf is scheduled to take place on Friday, October 15, against the Beaver Brae Broncos. Kick-off is at 4 p.m. Go Muskies!