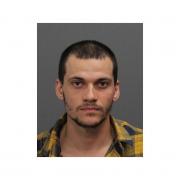 With the annual Operation Impact campaign underway over the Thanksgiving Long Weekend, the Ontario Provincial Police (OPP) has released its latest traffic data, as a cautionary reminder of how many road fatalities Ontario drivers have contributed to this year.

The OPP has responded to 209 fatal motor vehicle collisions so far this year, which claimed the lives of 224 people. Drivers accounted for 155 of those killed, 33 of the victims were passengers and 36 were pedestrians.

Speed leads the list of causal factors in preventable road fatalities, with 41 deaths linked to this dangerous driving behaviour. The OPP has observed a near 30 per cent increase in excessive speeding this year, having laid almost 6,800 racing and stunt driving charges to date.

Not wearing a seat belt — a behaviour attributed to drivers and passengers – was a contributing factor in 40 of this year’s deaths. Inattentive drivers were linked to 37 fatalities and 35 deaths involved drug/alcohol-impaired drivers.

Operation Impact is a Canadian Association of Chiefs of Police-(CACP)-led traffic safety campaign that targets aggressive, distracted and alcohol/drug-impaired driving as well as seat belt non-compliance. Over the long weekend, the OPP will be highly visible supporting the campaign throughout the province, ensuring drivers are doing their part to keep themselves, their passengers and those with whom they share the road safe.

“With three months to go in what continues to be an exceptionally difficult year for people, every driver and — where seat belt use is concerned — passenger, is in a position to stop the senseless loss of life on our roads. All it takes is a firm commitment to refrain from engaging in dangerous behaviours and habits that cut innocent lives short and leave many victims with life-changing injuries every year.”

(FORT FRANCES, ON) On 06 October 2020, at approximately 2:55 am, officers of the Rainy River District Detachment of the Ontario Provincial Police (OPP) were alerted to the report of a vehicle being driven erratically near the 500 block of Kings Highway in Fort Frances, ON.  Within a minute, a second call was received by the OPP Thunder Bay Provincial Communications Centre reporting a single motor vehicle had collided with a hydro pole on the 300 block of First Street East (near Portage Avenue).

OPP officers, Rainy River District Emergency Medical Services (EMS) and the Fort Frances Fire Rescue Service immediately responded.  A female driver was transported to Riverside Hospital in Fort Frances and treated for minor injuries. The collision resulted in damage to a hydro pole which caused a power outage across several blocks. Fort Frances Power Corporation attended the collision scene and made necessary repairs.  Power was restored before 5:00 am.

OPP continues to investigate the collision.

(SIOUX LOOKOUT, ON) – Officers from the Sioux Lookout Ontario Provincial Police (OPP) have arrested three residents of Thunder Bay in relation to controlled drugs and substances located during a traffic stop in the Municipality of Sioux Lookout on Saturday night, October 3, 2020.

During the traffic stop, police located and seized suspected illicit substances including cocaine and crystal methamphetamine with an estimated street value of approximately $19,000.

Following investigation, the following charges have been laid:

All accused have been held and will appear in Thunder Bay WASH court on October 4, 2020, to answer to these charges.

(KENORA, ON) Members of the Kenora Detachment of the Ontario Provincial Police responded to 158 calls over the weekend between Friday October 2, 2020 and the morning of Monday October 5, 2020.

Police responded to a variety of calls and laid 10 charges under the Criminal Code. Some of the calls Police attended were;

The citizens of Ontario have other ways to report a minor crime. The Ontario Provincial Police (OPP) is reminding the public about their online reporting system as an alternative to having an officer attend a scene for a minor incident. Citizen Self Reporting (CSR) rolled out across the province in 2014 and it is an efficient system as a means of reporting certain minor incidents and crimes.

The OPP’s Citizen Self Reporting is an easy to use internet reporting tool that can be accessed from a computer or mobile device and sent directly to the OPP anywhere, anytime.

In an effort to enhance our service delivery, this online reporting system allows the public to report specific crimes such as lost property, stolen license plates, theft from vehicles, driving complaints, and property damage without an officer having to be dispatched to the scene, provided there are no suspects, injuries or the incident is not an emergency.

The applicable calls for service which fall within the CSR online reporting parameters include:

To learn more and to access Citizen Self Reporting online, go to opp.ca.

Ontario Provincial Police (OPP) has obtained a warrant for the arrest of an eastern Ontario resident nearly five years after the murder of Frederick “John” HATCH.

Frederick “John” Hatch was last seen alive on the afternoon of December 16, 2015 in the area of West Hunt Club Road and Merivale Road in Nepean. His body was discovered 450 kilometres away near the Town of Erin, Ontario, in the early morning of December 17, 2015.

The investigation has resulted in the OPP obtaining a warrant for the arrest of Danick Miguel BOURGEOIS, aged 28 years of St. Albert, Ontario. The accused is charged with Second Degree Murder and is urged to surrender to the nearest police service immediately.