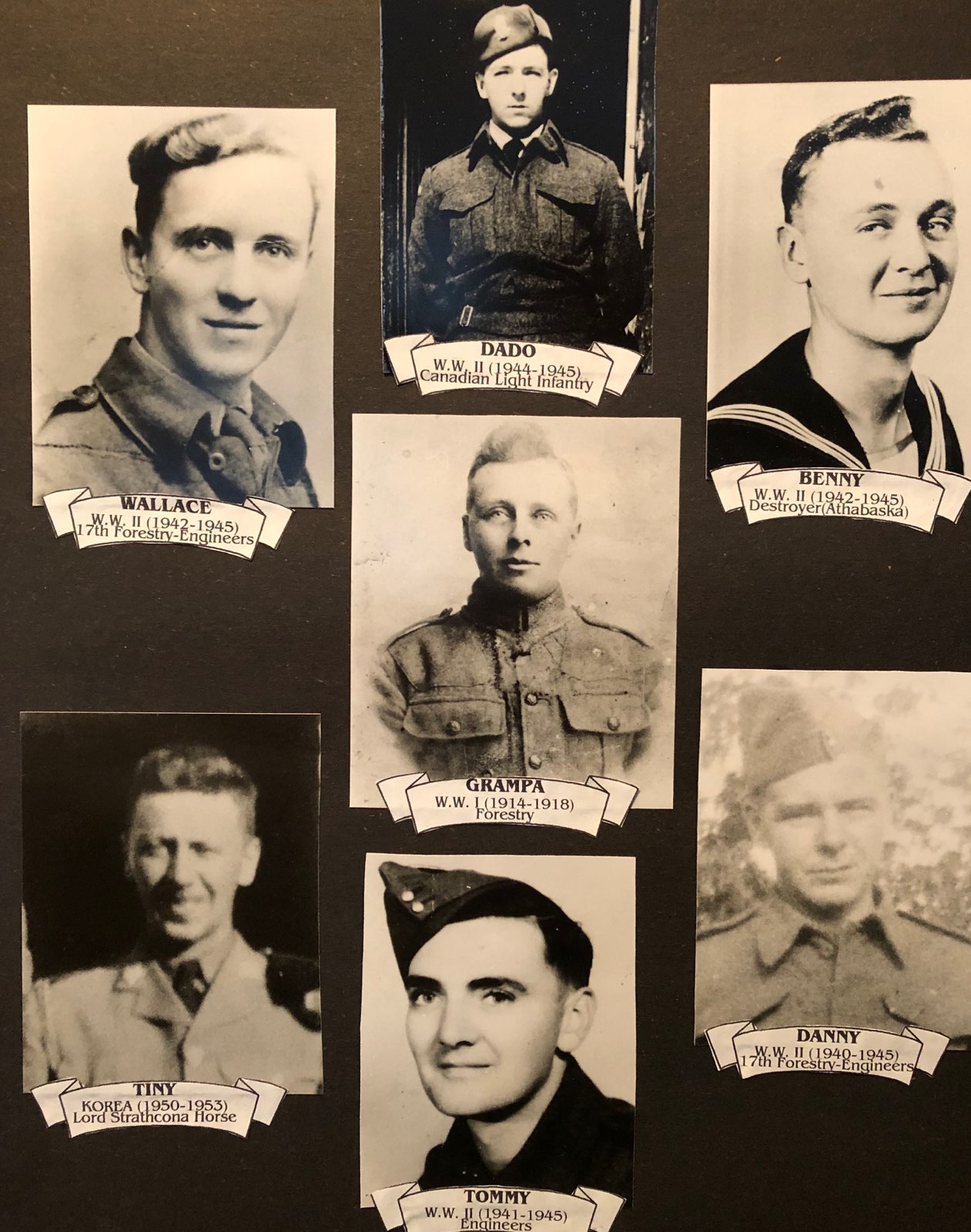 Having one son in active battle during WW2 would have been traumatic enough, but five of Agnes and Fred Crowe’s six sons were all veterans in WW2.

David known as Dado was in the Army reserves. He was trained and willing to go when called upon. The youngest son Doug or Tiny as he was then known, served later in Korea since he was too young to enlist with his brothers. Agnes was a war bride and came to Canada with Fred after the First World War ended.

Benny served in the Canadian Navy on the Destroyer Athabaska. The ship was torpedoed but never sank.

Danny was wounded during a battle at Dieppe. He was the only son to come home to heal and then he returned to duty. The only one who had lasting injuries was Fred from WW1. The enemy used gas to fight during battles and as a result he had many health issues later.

Many families shared the fears and worries that Agnes and Fred endured while their sons were on the battlefields serving their country. The thing that sets them apart is the fact that so many of their sons were in active battle all at once. And I’m sure as answers to many prayers, all of Agnes and Fred Crowe’s sons came home, and went on to have large families themselves. Fred and Agnes were so extremely proud of their sons and their commitment to their country.

Agnes can still be remembered by family members saying(in her strong Scottish accent, “If it wasn’t for the Crowe boys maybe we never would have won the War!”

All Fred and Agnes’ ten children have passed on.