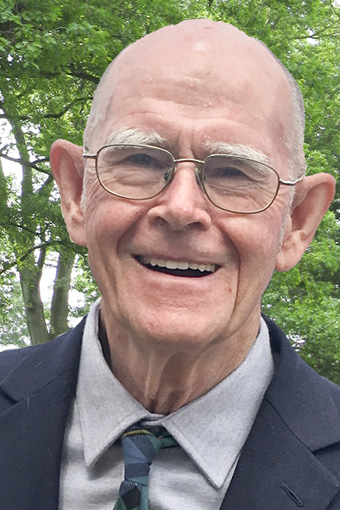 It is with great sadness we announce the passing of Roderick William McLeod of Lethbridge, Alberta. Rod passed away peacefully at the Coaldale Health Centre on Monday, February 1, 2021, surrounded by loved ones.

Rod, the first child and eldest son of William and Margaret (McQuaker) McLeod, was born Tuesday, March 10, 1942 in Emo, Ontario.

Rod was a life long learner and loved education. His schooling started in a one room school in Blackhawk, Ontario and then later in Fort Frances, Ontario where he completed high school. Following a year of teaching without credentials, Rod returned to complete his grade 13 studies and then went to Teachers College at Lakehead University in Thunder Bay. During this time, he met his loving wife Donna Marie Skuce while she was working in Fort Frances and he was directing the Little Theatre. Rod and Donna were married Saturday, August 20, 1966 in the United Church in Stoughton, Sask. They made their first home west of Fort Frances and it is here that they started their family. As a lifelong learner, Rod packed up his family and moved to Calgary to complete his Masters degree from University of Calgary. Once completed, he returned to northwestern Ontario where he worked in Fort Frances as a reading consultant for three years. It was then time to finish his education and brought the family west again to Edmonton where he completed his PhD in Education from University of Alberta.

Following his studies at the University of Alberta, the family moved to Thunder Bay in 1977 where he accepted a position with Lakehead University in the Faculty of Education. It was there that he and Donna raised their family and Rod served in many capacities: at Lakehead University including time serving as Dean of the Faculty of Education for five years, President of the Ontario Genealogical Society and numerous different positions in The Church of Jesus Christ of Latter-day Saints. Following his retirement Rod and Donna served an educational mission for the Church of Jesus Christ of Latter-day Saints in Toronto, Ontario after which they followed their children to Alberta and moved to Lethbridge home in Parkbridge Estates, where Rod lived until his passing.

A Graveside Service and Interment will take place later this spring at the Chapple Cemetery, North of Barwick, Ontario after the ground thaws. In lieu of flowers, please make donations to either the Alberta or Ontario Genealogical Societies.