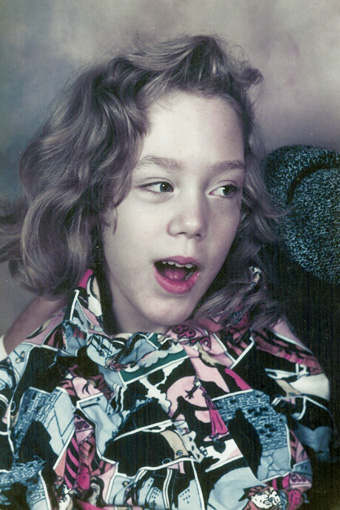 “After struggling through life for over 40 years with Post Vaccine Encephalopathy, I am finally free to fly”

Melanie Lois Tetu of Stratton, Ont. was born March 17, 1976 in Emo, Ont. She passed peacefully, early Saturday morning February 13, 2021 at the age of 44 at La Verendrye Hospital with her Mom and Dad by her side.

Melanie was predeceased by all four grandparents; Aunty Georgette Tetu-Gill; Uncles Doug Gill, Jerry Tetu, Dave Pastuck, Rodney Lange; cousin Shawn McDonald; and special friend Tammy Haney who would do anything to make Mel laugh and I mean ANYTHING.

She leaves behind, her Mom and Dad Lois and Ed Tetu; brother Mark; and sister Tina. Also left to mourn are her Aunts Diane Devlin, Marlene Pastuck and Coreen (Sue) Tetu; Aunts and Uncles Lorraine and Ken McDonald, Shirley and Lloyd Henrotte; along with nephew and niece Kristopher and Michelle and too many cousins to name. Left behind also is her very close friend Donna who worked with Mel for over 30 years.

Despite the many challenges Melanie faced, we had lots of laughs and good times together. She was a real daredevil with an amazing sense of humour!

Three years ago, Melanie moved to Community Living where she shared an apartment at 145 Hudson Drive, Fort Frances. While there, Melanie made some very good friends with many of her workers. I know she gave some of them a run for their money if things didn’t go the way she thought they should, she didn’t hesitate to phone Kim, Tara or Dad. She was very feisty and tough as nails. She was one who could stand up for herself. Proud of you Mel!

Just before Tammy passed she told Melanie that when she felt a breeze, it would be her flapping her wings. Now that you two gals are together, spread your wings and fly.

A service to be announced at a later date.

If you so desire, donations may be made in Melanie’s memory to The Riverside Foundation or the Kiwanis Club in Fort Frances by cheque made payable to the charity, c/o Northridge Funeral Home, Box 89, Emo, ON P0W 1E0.