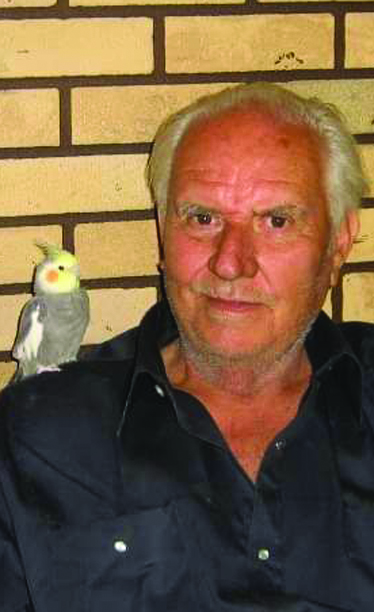 It is with heavy hearts we announce the passing of a very big hearted man, Robert James Brown (Bob) Feb. 12, 2020. He peacefully passed into the arms of his family at the age of 85.
Bob was born to John and Emma Brown of Stratton Ontario on Oct. 4, 1934. He led a life of working hard and supporting his family with all the care he could muster. He was a man of few words, yet had many stories to share.
He loved music which he shared with many while playing his Harmonica with or without his group the Clover Valley Echoes. Bob was a farmer, a sower of seed especially his potatoes! A milker of cows, a logger and a sawman. He was a teller of stories to a child or adult, but most of all he was a Dad, a Grandfather, a Brother an Uncle and a friend. You shall be missed!
Bob was predeceased by his wife Nellie Brown (Barnes); parents John and Emma Brown; brothers and sisters John (Elsie) Brown, Henry (Edna) Brown, Mary (Hugh) Fifield, Lily (Jack) Boldero, Peggy (Phillip) Bellamy; step sons Harold and Guy Simmons; niece Emily Smith (Boldero); nephew Richard Bellamy; daughter in laws Carmen Simmons (Grant), Teresa Brown (Miles); son in law Ben Vandrunen (Connie).
He will be dearly missed by brother Lawrence (Maxine Mason); children Connie Van Drunen, Grant Simmons, Miles Brown, Liana Brown (Richard Byrnes), Cheryl (Bruce) Masson; daughter in law Lois Simmons (Guy); 17 grandchildren and 20 great grandchildren along with numerous nieces and nephews.
A Celebration of his Life will be held on February 22, 2020 at 11 a.m.-1:00 p.m. at the Stratton Millennium Hall, Stratton Ontario. Interment will take place in Stratton Cemetery at a later date.
If desired memorial donations may be made to the Rainy River Hospital Auxillary, c/o Northridge Funeral Home, Box 89, Emo, Ontario, P0W 1E0.